Paige Spiranac has the PERFECT RESPONSE to amateur golfers QUITTING their jobs!

Paige Spiranac has a very blunt response for amateur golfers ready to quit their job for a career on the PGA Tour. 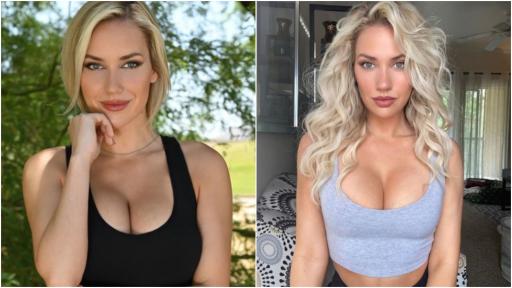 Paige Spiranac had the perfect response to a poll question fielded on Twitter this week about amateur golfers quiting their job aged 30 and then going on to win major championships.

No. And anyone who thinks they can don’t understand how hard it is to get to that next level

Marks tweeted: "Help me settle this heated debate... Do you think... If you were 30 years old... Quit your job... Had unlimited $$... And dedicated every minute to practicing/training/diet to becoming a successful pro golfer... Would you eventually win, or consistently contend at Majors?"

The current poll vote stands at 88% in favour of No.

Spiranac was one of those, and she had the perfect response in our eyes.

"No," said tweeted. "And anyone who thinks they can don’t understand how hard it is to get to that next level."

We are actually worried about the 12% who clearly think a life on the PGA Tour will just fall into place once they're P45 arrives on their desk.

She tweeted: "You wouldn't even get into big amateur events, much less a pro tour event and definitely not a major. (And contending at a major? Forget it.) Gabby Reece tried this for 2 yrs, did nothing else, hit 250,000 golf balls a year and worked with Butch Harmon. Rarely broke 80."

NEXT PAGE: WATCH BRYSON DECHAMBEAU HIT A 213MPH BALL SPEED IN THE BAHAMAS!