"Seabiscuit Spiranac" - Paige Spiranac responds to one of her haters after being named 'Sexiest Woman Alive' in latest MAXIM Cover Issue. 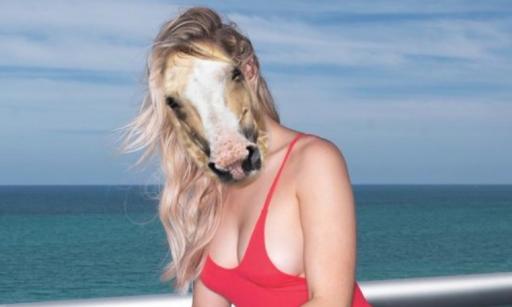 Fresh off being named 'Sexiest Woman Alive' by MAXIM magazine in their 2022 Hot Issue, Paige Spiranac hit back at one of her critics on social media who claimed she has a "horse head".

Spiranac, who became the first athlete to win MAXIM's award, photshopped a picture of a horse over one of her latest snaps for the magazine in response to a user who wrote: "Paige Spiranac has a horse head. Honestly. Dude has a long face."

"Seabiscuit Spiranac," tweeted Paige, in reference to the top money-winning racehourse in the 1930s.

Spiranac, 29, who has more Instagram followers than Tiger Woods with 3.3 million, took to her social media channels to explain she was shocked by the news but how she is now ready to party in Miami to celebrate her latest award.

"I am so honored by being named the sexiest woman alive by MAXIM this year," wrote Spiranac on her latest Instagram post that featured four of her latest snaps used in the magazine as well as the front cover.

"When I got the call I kept asking them, 'are you sure?' because I was truly in disbelief.

"To me being sexy is about confidence and feeling comfortable in your own skin. I've always tried to stay true to myself throughout my unconventional path and now I'm so proud to be following so many amazing women who carried the title in years before me.

"Thank you again MAXIM for this moment and to Gilles Bensimon for these beautiful pictures. Now let's party in Miami."

Spiranac played Division 1 college golf at at both the University of Arizona and San Diego State University and she won All-Mountain West Conference honours during the 2012-13 and 2013-14 seasons.

She also led the Aztecs to their first Mountain West Conference Championship in 2015.

Spiranac now works as an ambassador for a number of different companies such as Points Bet USA and Shot Scope.