Paige Spiranac described her horrific ordeal when a naked photo of her was leaked on social media as a result of the actions of an ex-boyfriend. 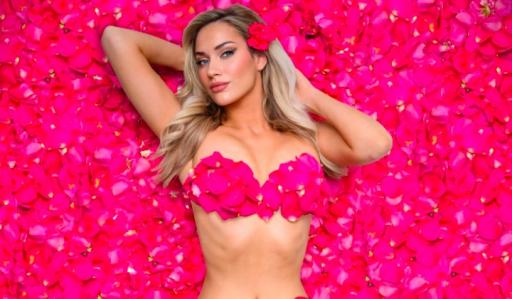 Paige Spiranac wanted to "take back control of her body" after a naked photo of her was leaked on to the internet, causing a nasty storm.

Speaking on her podcast 'Playing-A-Round', Spiranac spoke about the period when one of her ex-boyfriends sent a naked picture of her to his friends and it was passed on to more people.

The image circulated online which led to the 29-year-old receiving messages from strangers and she would wake up to read derogatory comments about herself on social media.

She revealed that she received death threats and people blamed her for her actions. It was certainly a horrendous time for the former golf professional.

"It was horrible, just getting these random messages from people you don’t know and they’ve seen you in such a vulnerable way. It was disgusting," Spiranac said.

Related: These Skechers golf shoes are like wearing slippers on the golf course!

"Also, that was one picture. I don’t know what else he had or what he was going to release. If he did it once, he could do it again and again and again."

Spiranac wanted to rebuild herself and now, she is one of the most popular golfers on social media with one of the largest followings in the game.

As well as posting plenty of golf content and working with PointsBetUSA, she still participates in underwear modelling which she believes has helped her to own her own body again.

"I felt so empowered and I was like, ‘OK, if I’m going to do this, I’m doing it on my terms' and I took it back, I took my body back," she said about one particular shoot for Sports Illustrated.

“That was the moment I won, right there, when I did the Sports Illustrated Swimsuit."