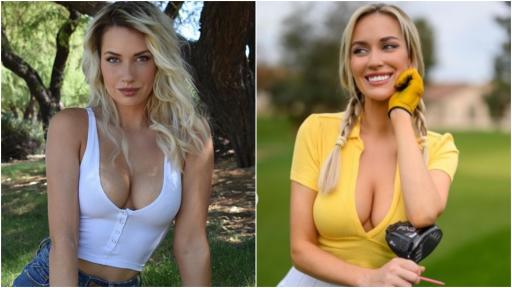 Paige Spiranac is ranked in the top 10 when it comes to the 'Most Trolled Professional Female Athletes', according to research on Twitter conducted by BonusFinder.

Spiranac has over half a million followers on Twitter and 3.2 million on Instagram, the latter of which is even more than Tiger Woods.

Ahead of International Women's Day on Tuesday March 8, research was conducted by BonusFinder to investigate just how much online abuse professional female athletes face when it comes to social media.

Paige herself has openly admitted to receiving online abuse and hate by a number of Twitter users down the years.

Related: Paige Spiranac responds to SEXIST comment aimed at her on social media

According to BonusFinder, tweets were analysed by comparing the total number of tweets received with those classed as negative.

Check out the results below:

Paige Spiranac ranks in the Top 10 for 'Most Trolled Professional Female Athletes', according to a study by @bonusfindercom pic.twitter.com/czouC2HqQb

As you can see from the above list, Spiranac received a total of 3,057 tweets with 2,273 of them being negative, equating to a staggering 74.35% total.

That ranks the fourth highest of any female athlete in terms of the percentage of negative tweets.

Spiranac ranks ninth when it comes to the total number of negative tweets.

Related: Paige Spiranac says it's hard with "these jugs" to walk more in golf

Four-time Olympic gold medalist Biles received a total of 14,077 tweets with 65.11% of them being negative.

Not far behind is Richardson who received 11,090 tweets in total with 8,183 being negative.

Whilst Tennis superstar Serena Williams manages injury, 75.5% of her mentions are abusive tweets, with the most successful tennis player in the Open Era receiving 1,929 open messages of abuse.