GolfMagic revealed that Paige Spiranac has the most followers of any golfer on Instagram, which she was very pleased about. 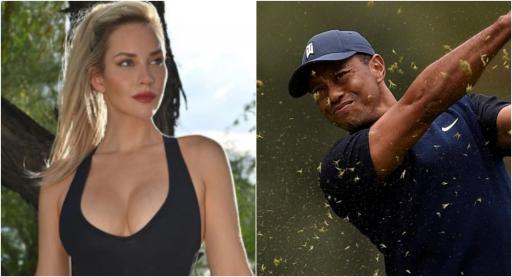 Paige Spiranac has the most Instagram followers of any golfer on the popular picture-posting platform, even more than 15-time major winning legend Tiger Woods.

The popular golfer who is known for posting raunchy pictures on her page has reached the 3.1 million follower mark, which is 400,000 more than Woods who sits in second place on 2.7 million.

As we are all aware, the 45-year-old was involved in a serious car accident in February in which he required surgery. He is now in rehabilitation and has been spotted on a couple of occasions on crutches.

It is not only Woods who Spiranac has blown out of the water on Instagram, but a whole host of the world's best players and major championship winners.

Two big reasons why. My golf knowledge and personality https://t.co/GIn8dVVbtv

She almost has double the amount of followers that Jordan Spieth has and nearly two million more followers than Phil Mickelson and Dustin Johnson.

As well as growing in popularity for her pictures, she is also an ambassador for PointsBetUSA and she also has her very own podcast called 'Playing A Round with Paige Renee."

Spiranac is an opinionated voice on the social media golf scene and recently she weighed in on the debate surrounding fans who shout "Brooksy" at Bryson DeChambeau during PGA Tour events.

"Let me just say that I don’t condone harassment and I do feel bad that Bryson is dealing with it," Spiranac tweeted.

"We need him to make golf interesting. But how this has been handled with banning a word is only going to make it worse for him. Fix the bigger problem. It’s not "Brooksy."