Paige Spiranac has revealed on her podcast one of the most "traumatizing" experiences she's ever had on a golf course. 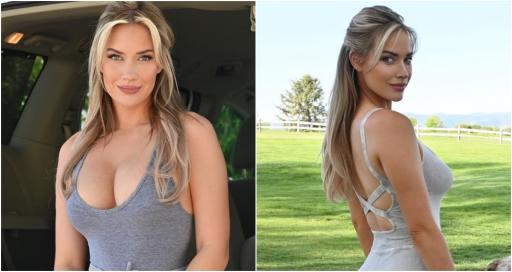 Social media influencer Paige Spiranac says she was "reduced to tears" after a woman complained her outfit was "too revealing" whilst enjoying a round of golf.

Related: Paige Spiranac blasts Phil Mickelson and the other LIVers

Spiranac told the story of what happened on her latest podcast called Playing A Round with Paige Renee.

The 29-year-old ex-professional golfer, who has a simply mind-boggling 3.2million followers on Instagram, claimed the exchange left her "shaking".

Spiranac said on her podcast that she always respects the dress codes of golf clubs she visits.

She has previously spoken about how some other female golfers in the game have criticised her choice of clothing and the image she gives the game.

She said: "I wore something that I knew I wouldn't get in trouble with.

"I had a collar, I zipped the zipper up so there was no cleavage showing, it came about mid-thigh, and I felt like it was a very appropriate outfit.

"This lady goes up to one of the workers and I hear her talking to this guy, and I can't quite make it out. Then all of a sudden I hear, 'what she's wearing is inappropriate, we have rules, I'm going to talk to her'.

"I tee off and I'm shaking because I never want to be in a position where I'm making a bad first impression.

"I [don't like to] look inappropriate because I know the misconceptions on me to begin with so I really try to dress as appropriately as possible."

She added: "She comes straight up to me, stops me in the parking lot, and she goes, 'woman to woman, you need to hear this.

"You look cute but that is highly inappropriate, we have rules here and you cannot wear that outfit.

"She was so condescending and so rude to me.

"She was talking to me like I'd never been on a golf course before and like I wasn't rich enough to know these rules, and I'm just a stupid young girl that looks s****y on the golf course.

"I was just out there minding my own business and she makes a point to make me feel so small.

"It was one of the most traumatizing experiences that's happened to me on a golf course in a long time.

"I literally cried all the way home."

"Nobody cares about the progression of the game," she wrote. "I wish they just said 'because it's a s--- ton of money.'"