Paige Spiranac, who once made her way as a professional golfer for a brief period, revealed on a podcast that men have before used binoculars to spy on her at golf courses. 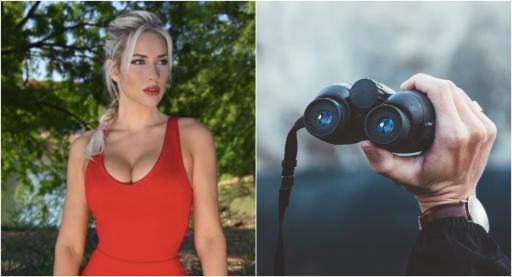 Paige Spiranac has previously faced scrutiny for the content she shares on social media, but she recently revealed that men have used range-finders to spy on her on the golf course before.

Talking on her podcast, "Playing A Round with Paige Renee", she also described other experiences she has had at golf clubs where she has been subjected to sexist and unwelcoming comments.

Spiranac was discussing the reception she gets at some courses, after the New Jersey golf club Pine Valley announced that they were now allowing female members.

"I've literally been on country clubs where guys are using range-finders to look at me from two fairways over," Spiranac said on her podcast.

"And I've had people, like, I'll walk on, and they're like, 'Who let the cart girl out to play?' They don't make you feel welcome."

Unfortunately, the 28-year-old has had to deal with inappropriate comments and treatment for much of her career and she has before described golf as "the absolute worst place."

Spiranac has built an incredible following as a social media influencer. She has three million followers on her Instagram page and almost 775,000 followers on TikTok.

She also has nearly 450,000 followers on Twitter and is an ambassador for PointsBet Sportsbook, which is an American bookmakers company.

NEXT PAGE: GARRICK HIGGO MAKES HOLE IN ONE EN ROUTE TO ANOTHER EUROPEAN TOUR WIN!