Paige Spiranac reveals why she NEVER tweets about women's golf 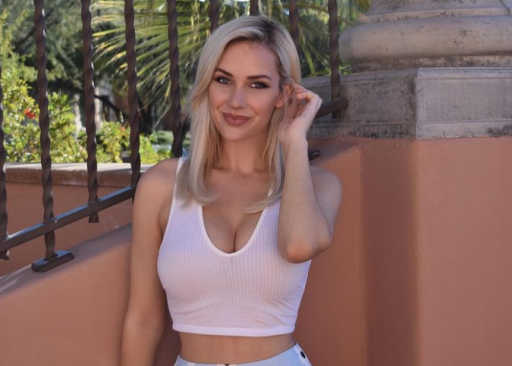 Paige Spiranac has revealed why she no longer tweets about women's golf, and it's a result of receiving "a lot" of messages from LPGA and LET professionals.

Spiranac, the social media golf sensation with more Instagram followers than any individual in the sport at 3.1 million, explained why she just talks about PGA Tour action on her social media when quizzed by a golf fan recently.

A golf fan on Twitter asked why Spiranac did not write one single tweet about the US Women's Open, but instead continually favours to discuss all the latest action on the men's PGA Tour circuit, especially when it comes to Bryson DeChambeau and Brooks Koepka.

"I find it interesting that not once did Paige Spiranac mention anything about the Women's US Open this weekend at The Legendary Olympic Club," tweeted a user by the name of Larry Legend.

Spiranac hit back with: "A lot of the girls on Tour said they don't want me talking about them or their tournaments because I'm a bad representation of women's golf."

"That's just wrong, and for those that are wondering if I was picking on Paige Spiranac, far from it," replied Larry.

"I just thought that she would have hyped up the LPGA like she does with all the other sports. Didn't know that they were jealous of your popularity."

Another user tweeted: "That’s absolutely absurd! Why because your gorgeous and sexy? You are involved in the sport in more than one way, you’re intelligent, friendly and have a swing most would love to have. Don’t let it get you down, you are great and we love seeing you!"

"You're bringing positive attention to the women’s game, and a great ambassador for the sport," tweeted one golf fan.

NEXT PAGE: PAIGE ON BRYSON - "HE IS FUN TO HATE ON"