Paige Spiranac mocks Patrick Mahomes, his fiancee and his younger bro after Kansas City Chiefs are defeated by the Cincinnati Bengals in the race to the NFL's Super Bowl. 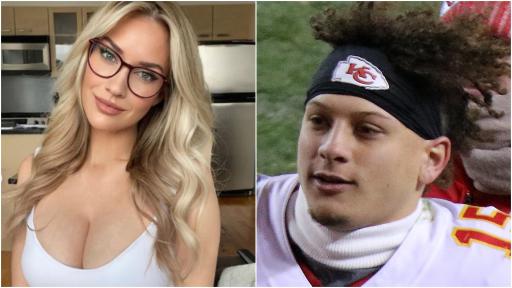 The Bengals roared back from 18 points down at one stage in the second quarter to win 27-24 in overtime and stun the Chiefs to reach the Super Bowl where they will now face the Los Angeles Rams, who defeated the San Francisco 49ers 20-17.

Spiranac, the golf social media sensation with more Instagram followers than any other golfer on the planet including Tiger Woods, tipped up the Bengals to win the match in her pre-game Points Bet tips video and then took delight in throwing shade at Mahomes and his often maligned inner-circle.

Patrick Mahomes is down bad. Imagine losing today and then having to go home to Jackson and Brittany making TikToks

"Imagine losing today and then having to go home to Jackson and Brittany making TikToks."

In case you're none the wiser, Matthews, who has dated Mahomes since high school, was at the centre of controversy last week when she sprayed champagne into the crowd from her luxury suite at the Arrowhead Stadium.

Matthews, the co-owner of the new women’s professional soccer team Kansas City Current, had something of a mare when trying to pop the champagne cork last time around.

For societies sake the Bengals need to win next week pic.twitter.com/299LGpCR0Y

Jackson, the younger bro of Mahomes, has been embroiled in plenty of controversy over the last 12 months and he was recently called out by a Kansas City establishment for allegedly acting entitled.

Jackson Mahomes was seen here dancing on the Sean Taylor “21” logo which was chained off to begin with.

This should infuriate everyone, this is disgraceful. pic.twitter.com/7puweqqOuM

Spiranac also took to her social media to give a nod to Bengals QB Joe Burrow, sharing a photo of him from a previous post-game press conference.

Burrow threw for 250 yards with two touchdowns and one interception.