Paige Spiranac takes on troll with selfie of 60-something mother

Paige Spiranac posted a selfie with her mother Annette after a social media troll asked her where she'd be "in 20 years". 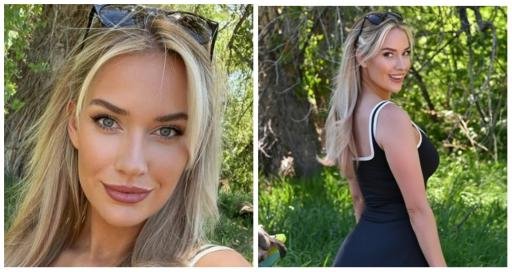 Social media superstar Paige Spiranac has her fair share of trolls, and usually she disarms them with some hilarious one-liners.

With that fame, unfortunately it means that the 29-year-old usually has a huge amount of vitriolic comments posted about her.

For some reason, one Twitter user recently decided to insult her by saying: "Let's see how your doing in 20yrs from now with out your looks."

Terrible spelling and grammar aside, what a lovely thing to say.

Anyway, Spiranac wasn't having any of it and replied with a selfie alongside her mother, Annette.

That's the same picture you've been posting of your mom for the last 3 years. I'm sure she doesn't look like that anymore!

In other Spiranac news, she recently reacted to Sir Nick Faldo's retirement by stating that golf fans were "rejoicing".

Faldo was reduced to tears alongside Jim Nantz and Ian Baker-Finch at the Wyndham Championship as he bid adieu to the lead analyst role on CBS after 16 years.

Spiranac said of this in a video: "Nick Faldo finally retires, and everyone is rejoicing

"He's had an amazing career on and off the golf course... I thought he was amazing on the commentary booth, until the last couple of years.

"I don't know if he was bored, but he didn't have that spark like he used to.

"I don't think I'm going to miss Nick Faldo like I miss Johnny Miller. I think golf is searching for their next great commentator."