Paige Spiranac highlights the beauty of golf as she has a shocker one day, then goes low the next. 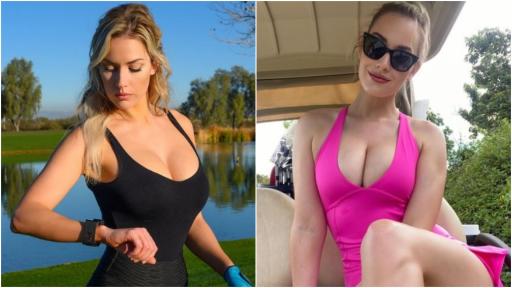 Paige Spiranac revealed she threw a golf strop with her TaylorMade Stealth driver during a recent round, only to then shoot 66 the next time she teed it up. The beauty of golf, right?

Spiranac, the social media sensation with more Instagram followers than any individual golfer including Tiger Woods, took to Twitter to reveal her latest golf news, somewhat sticking it to her critics who consider she is not good enough to voice an opinion about the sport.

And then I shot 66 a couple days later. I hate golf so much lol https://t.co/vS3U6yYrzv

"Hit a cart path and bounced into the s***. Not one scratch on the club head.

A week later, Spiranac tweeted: "And then I shot 66 a couple days later. I hate golf so much lol."

Paige recently took to social media to admit she was struggling with her game, so her latest round of 66 will certainly cheer her up a little.

On top of releasing regular social media content to her followers, Spiranac is an ambassador for Points Bet and gives regular tips for the PGA Tour action.

Spiranac also runs a regular Playing-A-Round podcast, which you can listen to here.

This week, Paige addressed her recent club throw, her game in general, Max Homa winning the Wells Fargo Championship, and all the recent controversy surrounding Sergio Garcia, a player who said he "cannot wait to leave" the PGA Tour.

Next Page: Greg Norman BLASTS the PGA Tour over their decision to refuse player requests for the LIV Golf opener at Centurion Club

paige spiranac
PGA tour
Greg Norman
lucy robson
cassie holland
Previous
Who are the best putters on the PGA Tour ahead of the AT&T Byron Nelson?
Next
Weekend warrior shoots 40-over par in U.S. Open qualifier after losing bet