Scammers have been creating fake accounts claiming to be Paige Spiranac and "starting romances" with her followers whilst asking for money. 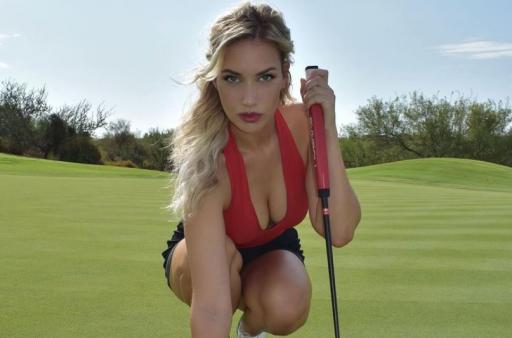 Paige Spiranac has sent a warning to her Instagram followers, after scammers created fake accounts pretending to be her to message fans asking them for money.

According to Spiranac, she has received multiple messages from fans asking her to confirm that she is behind the other profiles that have been messaging people claiming to be her and the Instagram star felt it was necessary to warn her followers.

Scammers have created fake accounts using both Spiranac's name and photos and have proceeded to try and flirt their way into people's bank accounts, by asking for money and starting "romances".

"Just a reminder to not give money claiming to be me," said Spiranac in an Instagram story. "I will never ask you guys for money and I'm also not creating a second or third private account just so I can talk to you guys or get to know you guys better.

"I have this account, I try to reach out to as many people as I can and respond back to messages and I can barely keep up so I would not be doing that.

"Again, just be a little bit smarter, if something seems off or suspicious and it's not from my verified account then chances are it's probably fake, so report or block them.

"Do not give them money or be fooled into thinking that you're starting this romance with fake me, because it's probably just some old guy in his mum's basement.

"You're flirting with some old guy... in his mum's basement. You don't want to do that."

Golfer charged by police after trying to qualify for Wells Fargo Championship
Golfer hits shot whilst sitting in a tree, but what's the ruling?
Previous
Rising star Harry Ellis signs multi-year deal with TaylorMade Golf
Next
Jordan Spieth hits SENSATIONAL shot out the rough in match against Matthew Wolff