Take a look at our betting tips for this week's Players Championship at TPC Sawgrass. 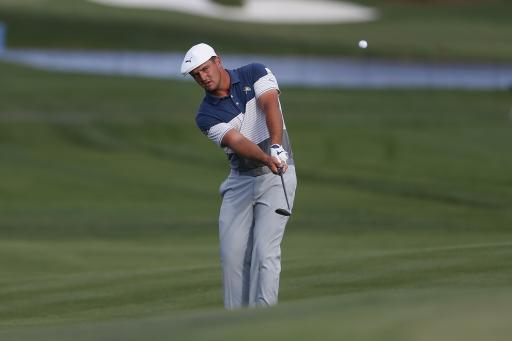 Widely regarded as golf's 'fifth major', The Players Championship is one of the most exciting weeks of the year and there's a huge prize on the line, with the winner set to take home a whopping $2.7 million.

Rory McIlroy will be looking to successfully defend his title after winning the tournament last year, but who have GolfMagic backed to give the Northern Irishman a run for his money at TPC Sawgrass?

Last week, GolfMagic's 100/1 tip Harris English broke into the top ten to follow up on our success of picking Sungjae Im at the Honda Classic, so let's see if we can find another winner this week.

Jon Rahm will be looking to make amends at Sawgrass this week after throwing away the tournament 12 months ago with a final-round 76 to end up finishing tied 12th.
Rahm arrives here fresh following a two-week break, and his recent form suggests a win is just around the corner off the back of seven top-10 finishes in his last eight starts.
Short enough at 12/1 but we fancy the Spaniard to get his hands on a first Players title.

Bryson DeChambeau looks like a man on a mission so far this season following an indifferent campaign in 2019.
The American has bulked up and is hitting some mammoth drives out there right now, and he is improving with the flatstick too following three consecutive top-five finishes on the PGA Tour.
He's not particularly lit things up here in the past, but DeChambeau's game looks in prime shape to be in contention here on Sunday.

Patrick Cantlay could go under the radar this week, but his patient play will suit TPC Sawgrass perfectly.
The world No.6 speaks highly of the course and previously lead here after round one, but let it slip in later rounds.
Avoiding bogeys is a crucial statistic at this course and one that Cantlay ranks very highly in.

Came T22 at TPC Sawgrass last year but missed opportunities during his final round.
A solid all-rounder who similarly to Cantlay will remain patient throughout the week.
Finished 2nd at the Phoenix Open earlier this year and has a knack for showing up at the big tournaments.

Joel Dahman could prove to be a brilliant Each Way bet this week.
Finished T12 here last year and with two T5 finishes in his last two events, Dahman is a great price for another strong finish, so worth considering him for a top 10 bet.