REVEALED: Golf fans are the ANGRIEST on social media!

New study highlights golf fanatics are the angriest of all sports fans on social media... 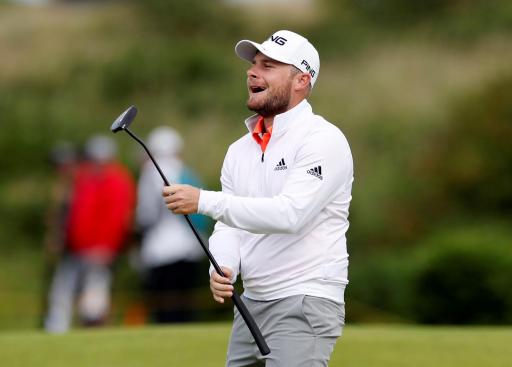 Golf fans are said to be the ANGRIEST of all sports on Twitter, according to a new study.

Despite its calm manner on the course (at least most of the time, anyway), the study found golf supporters are the ANGRIEST on the social media platform with 42% of all tweets about the sport being classified as an angry comment.

Cricket fans were classed as the least angriest with 4% and this group also finished joint top with ice hockey fans on 58% when it came to social media posts in love with their sports.

Basketball fans held the saddest reactions with 38%, while boxing fans seemingly have the most laughter about their sport.

Check out the full list of sports and the percentage of reactions below:

The study also hooked 40 men up to heart rate monitors as they watched their favourite sports to see whose heart rate went up the most compared to other sports.

It revealed that men's heart rates went up to a huge 136 BPM whilst watching football, compared to a study by Harvard in 2019, that stated that "during sexual intercourse, a man's heart rate rarely gets above 130 beats a minute".

American football, especially NFL, took top spot for 'most heart racing sport' with 137 BPM, narrowly ahead of football, with basketball, baseball and tennis rounding out the top five.

Golf finished further down the list in 12th on 97 BPM.

WATCH: GARY WOODLAND WITH THE STROP OF THE PGA TOUR SEASON SO FAR!