McIlroy replaces his lie in the rough because it was too good on day two at the PGA Championship... 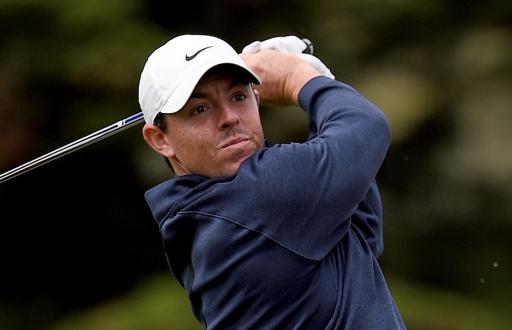 Rory McIlroy might not be enjoying his best form on the golf course at the moment, but he certainly proved he is one of the classiest players on the circuit on day two of the PGA Championship last week.

McIlroy found the dense rough right of the green with his tee shot on the par-3 4th hole at TPC Harding Park on Friday, shortly before a reporter following the group of McIlroy, Tiger Woods and Justin Thomas accidentally stood on the Northern Irishman's golf ball.

@rorymcilroy going above and beyond. Great guy. Great example. (@ziregolf)

PGA official Mark Dusbabek allowed McIlroy to replace his ball in the rough after his ball had just been stood on.

McIlroy replaced his ball but then decided the lie was now too good, and so he decided to reset the ball lower in the rough because that is the lie he believed he would have been more likely faced with following his tee shot.

He chipped his ball out the rough to 21 feet and then two-putted for a bogey-four.

After reflecting on his week, McIlroy told the media "maybe I'm not as good as I used to be." - READ REPORT HERE

Whether McIlroy truly believes that, or that comment was just built more out of frustration at having not won a major since 2014 is anyone's guess, but what we do know is that the four-time major winner's form has been very out of sorts since golf's return.