Rory McIlroy smashes Canadian Open record: "This is what I can do"

Rory McIlroy gives himself the perfect confidence builder going into the US Open at Pebble Beach. 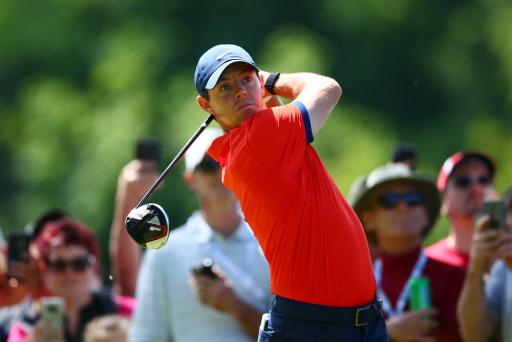 Rory McIlroy claimed his second title of the season and 16th of his PGA Tour career with a record-breaking seven-stroke victory at the RBC Canadian Open, marking the perfect tune-up ahead of the US Open at Pebble Beach.

Despite his wretched final-round record of failing to see out wins when in the final group on a Sunday, the 30-year-old from Northern Ireland produced some of the greatest golf of his career to close with a 9-under 61 to finish 22-under par - an aggregate score that broke the Canadian Open tournament record by five shots.

"This is what I feel I can do," said McIlroy, who now vaults up to World No.3 heading into the year's third major of the season.

"I've been able to do it before. It was nice to get back to that feeling. It's been a while since I won by a few shots."

McIlroy, who also won The Players in March, used a full bag of TaylorMade equipment to get the job done, including an impressive display off the tee on the weekend with his M5 driver (9 degrees).

He also gamed an M6 fairway wood and M5 titanium fairway wood, electing to remove his P790 2-iron due to the course setup at Hamilton Golf & Country Club.

Shane Lowry finished in a tie for second on 15-under par alongside Webb Simpson.