Ryan Fox shot an incredible back nine of 29 in his first round of the 2019 Open, the lowest back-nine score in Open history. 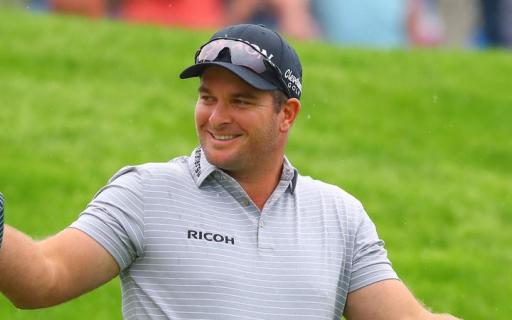 Ryan Fox has just shot the lowest back-nine score in Open history and now sits in T3 in the 2019 Open at Royal Portrush.

Ryan Fox turned professional in 2012 and although he doesn't have many wins to his name, he is now an integral part of the Open record books.

The big hitter from New Zealand is playing in just his fourth Open, with his best finish to date coming last year when he finished T39.

Royal Portrush has already proven to be a very challenging golf course for this year's Open, with Rory McIlroy, the home favourite, shooting an eight-over 79.

We've also seen the highest score on a hole in Open history, with former Open Champion, David Duval scoring a 13 on the par-5 7th.

Fox finished the front nine three over par, not a disastrous score by any means but certainly room for improvement. Well improve he did and by some margin.

After parring the 10th and 11th, Fox then birdied four holes in a row, before parring the dreaded 220-yard par-3 16th known as 'Calamity' and then finishing with two more birdies on 17 and 18.

The incredible birdie fest left Fox with a back-nine score of 29, the lowest score ever recorded on a back nine in Open history.

It also meant that Fox finished the first round with a score of 68, leaving him three under par and in T3.

Check out Fox's scorecard for yourself below.