Science communicator calls to CANCEL golf as it's "destructive"

One of the most ridiculous articles we've ever read - courtesy of science communicator Abbie Richards... 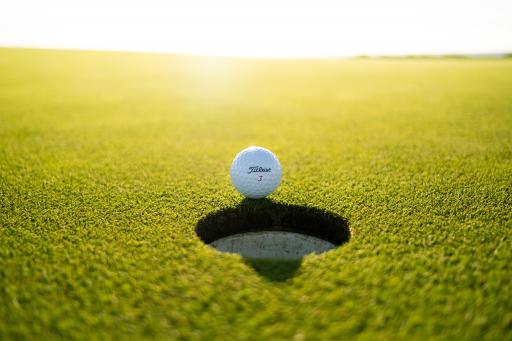 A science communicator has this week published an article in Euro News claiming that golf is a "massive board game that damages the planet" and that it's time for the sport to be scrapped.

This quite ridiculous feature in our eyes, written by Abbie Richards, comes just a week after an Australian columnist by the name of Jenna Price called for golf to also be given the boot.

"Land, for instance, that could be affordable housing, a community farm, a public park, or a natural habitat, but instead has been converted into a massive board game that functions more as a status symbol than as a form of entertainment.

"There are almost 40,000 golf courses in the world. They sit there, using 26 times the amount of space per player as a football field - while providing far less value to the global community.

"There is a common misconception that to play golf is to be in nature. That is false. Golf courses are not natural - they are nature-themed amusement parks. There is an art to their craft, an art that requires the deforestation and restructuring of the land.

"Golf is not a celebration of nature. It is the celebration of dominion over nature. It’s nature, but clean with trimmed, sterile green grass, less biodiversity, and plenty of alcohol. Humanity took nature and bulldozed the land into a board game so big they have to drive across it."

"Over 9 billion litres of water are wasted in the US each year to maintain the appearance of golf courses. In Thailand a single golf course uses as much water as 60,000 rural villagers, just so rich tourists can play the same game they play at home but with a Mai Tai.

"Courses dump often unregulated fertilisers and pesticides on their greenways to keep the grass looking unnaturally green. The fertilisers run off into bodies of water, causing a state of nutrient over-enrichment called eutrophication which results in algal blooms that destroy ecosystems.

"The pesticides run off into water, seep into the soil, or are carried by wind into other ecosystems where they wreak havoc on existing species.

"For perspective, 98 per cent of insecticides and 95 per cent of herbicides reach a destination other than their target species. While pesticides can be necessary in agricultural production, their usage to maintain the aesthetic appeal of a game is undeniably reckless."