No wonder Gareth Bale has headed back for a season-long loan spell at Tottenham Hotspur... 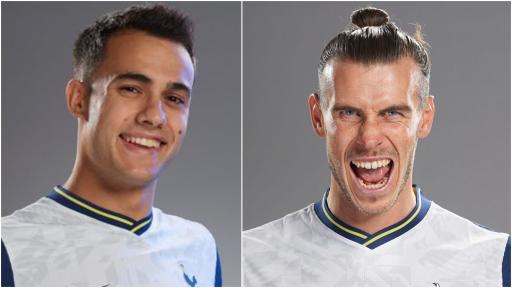 Tottenham Hotspur left back Sergio Reguilon has revealed the club has "installed golf holes" at their training ground so winger Gareth Bale can work on his golf swing, according to an article in The Independent.

Although it would appear Spurs' new Spanish defender may have got his wires crossed.

According to Reguilon's conversation with Spanish radio station Cadena SER X, the Premier League club has tried to make Bale feel as welcome as possible following his return to the team on a season-long loan.

"What most surprised me is at the training ground there are golf holes," said Reguilon, who like Bale joined Spurs from Real Madrid during the summer transfer window.

"I asked and they told me they were put there for him. They're short holes, maybe 30 metres. I couldn't believe it!"

While Spurs claim "nothing has been installed" at their training ground in recent months, it would appear Reguilon was referring to the pitch-and-putt course located close to the main building.

Only that has been in place for the best part of three years.

"He's really happy," Reguilon said of Bale, who netted his first goal for the side this season in Spurs' 2-1 victory over Brighton at the weekend.

"I notice a difference. The language is everything for him. He speaks Spanish well, it's not bad, a bit like my English, but communication, the habits, mean he's happier in England."

NEXT PAGE: THE BEST GOLF COURSES FOR GARETH BALE TO PLAY NOW HE'S BACK AT SPURS

Previous
The Manor House: the very best golf staycation in the South West
Next
CONFIRMED: Golf clubs in England must close during the Covid lockdown