Take a look at GolfMagic's betting tips for the Shriners Hospitals for Children Open. 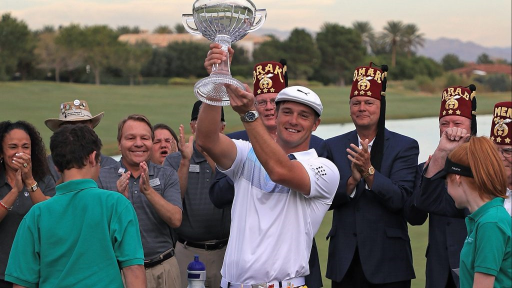 The PGA Tour continues this week with the Shriners Hospitals for Children Open at TPC Summerlin in Las Vegas. Last year, Bryson DeChambeau won the tournament by one shot, with Patrick Cantlay close behind who was looking to defend his title and both players are in the field this week.

The new season of the PGA Tour has seen the youngsters of the game making a name for themselves, with the winners being aged 20, 26 and 24, but this week sees the best field so far, including the return of Brooks Koepka, who is making his first start since the Tour Championship.

Koepka goes into the tournament as the favourite at 8/1 and has gone close twice at TPC Summerlin, but I feel it's too early in the season for Koepka to get back to winning ways and this will almost act as a warm up for the major monster.

It's a very exciting field this week and a tough one to call with a lot of players who have either got a great course record or are simply playing too well to overlook, but check out some of our best picks for this week.

Cantlay found some fine form earlier this year, with three top 10's and two top 15's in ten starts, as well as winning his second PGA Tour title at the Memorial back in June, but he failed to close the year well with a disappointing finish at the Tour Championship.

His T40 finish last week won't fill you with confidence either, but if you're going to go with 'horses for courses' then you can't look past this man, who won this tournament back in 2017 and lost by just a shot in his attempt to defend his title last year. Cantaly needs a good finish to get the ball rolling again and TPC Summerlin is the perfect place for him to do so.

Scott showed fantastic form during the FedEx Cup events, finishing 5th in the Northern Trust, T9 in the BMW and 6th at the Tour Championship. He made his first start to the new season last week at the Safeway Open and put together four decent rounds to finish nine-under for the tournament in T17.

Now that he's got his PGA Tour season up and running I expect Scott to be in contention this week. It was a close call between him and Webb Simpson who is also with a shout (18/1), but for me it's Scott who makes GolfMagic's picks this week.

Gary Woodland is another player making his first start of the season, but he'll be looking for a big week in order to cement a spot in the USA's Presidents Cup team. Woodland currently sits in 10th and with only the top eight qualifying, Woodland would rather confirm his spot automatically than rely on a wildcard pick.

TPC Summerlin plays very similar to Scottsdale where he won last February and Woodland continues to improve on his visits to the Las Vegas course. His first visit ended with him finishing 18th and he improved on that by coming 10th on his next visit.

Woodland also has a habit of playing very well after having a few weeks off, so this could be the perfect time for the US Open winner to add another victory to his name. Last year, Woodland shot a 63 in his final round, showing he has what it takes to score low at TPC Summerlin and he has improved his game at a rapid rate since then.