Spieth admits he 'overreacted' after taking picture of bunker to complain 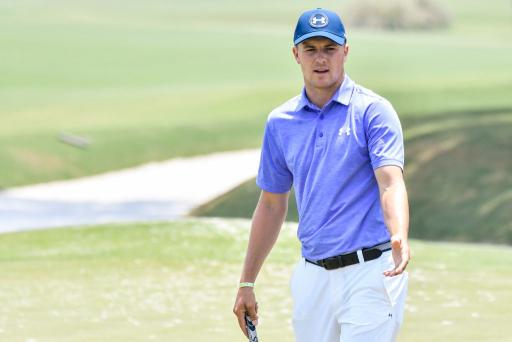 Jordan Spieth admitted he “overreacted” when he took a picture of a bunker in the opening round of the Players after becoming irritated with the state of the hazard.

Playing the 1st hole at TPC Sawgrass – his 10th of the day – Spieth’s approach found the greenside bunker.

The Texan was unhappy with his lie, and thought it was down to a poor rake job, so he went ahead and snapped a picture.

After making his way out of the hazard, he three-putted for a double bogey.

He was later asked if he took the image to show to a rules official.

"Yeah, it was just a bunker that was raked to where it just kind of looked like somebody didn't really care much to do it or were rushing off the green, because I had … I think, worse than a plugged lie, when it just trickled into it," said Spieth.

"And I overreacted probably a bit, but all in all, you just don't see that very often and I know my guy, (caddie) Michael (Greller), rakes and makes sure that that's exactly the way that it was when he went in there, so that if you hit it in the bunker, everybody gets the same kind of thing.

“And you don't see it - guys are very good 99.9 percent of the time and that was very frustrating, because I knew where I was, from a normal lie, it wasn't too bad. And from that lie I had no chance. So it was a frustrating time in the round there where I was trying to kind of get some momentum going."