Spieth keeping 'secret' of putting turnaround to himself

Want to know how Spieth turned around his flat stick form? You'll have to buy the book... 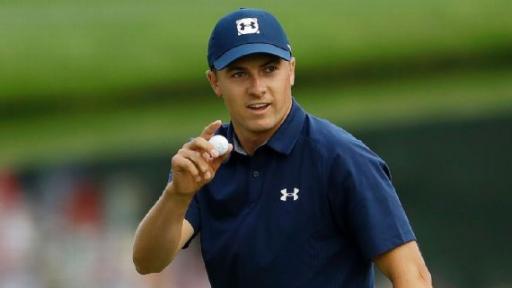 Don’t bother asking Jordan Spieth the secret to his new putting prowess - he won’t tell you.

The Texan has been uncharacteristically shaky on the greens this year, but has turned his flat stick form around just in time for the first major of 2018.

But in his first outing of the Masters, on greens that have been very good to him, Spieth made just 23 putts to hole seven birdies, the best in the field.

So, how has he turned it around so quickly?

“A lot of secrets that maybe if it propels to anything special, I'll write about someday,” he laughed. “But there was a lot of work that went in mentally, physically.”

There were signs his putting was improving after a T3 finish at the Houston Open last week, and he slightly opened up on where the change has come.

“I've kind of found a little trigger in the stroke that has served as beneficial that I tried out last week, and I really think what I did on the weekend last week was hugely beneficial to being able to start strong here,” said Spieth.