Who would have ever thought it... 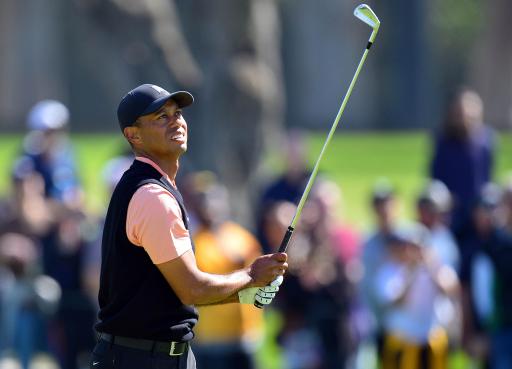 Tiger Woods will be inducted into the World Golf Hall of Fame in 2021.

The former World No.1 is currently tied for the record of PGA Tour victories on 82 alongside Sam Snead.

Woods became eligible for entry into the World Golf Hall of Fame after the age was recently lowered from 50 to 45.

"Tiger has done more for the game than anyone ever thought possible," said PGA Tour commissioner and World Golf Foundation Board member Jay Monahan.

Prep work is all done with @taylormadegolf and I’m ready to start 2020 off at Torrey Pines. #TeamTaylorMade #SIMdriver

Woods is currently out of action due to a back injury and is therefore not competing in this week's Players Championship at TPC Sawgrass.

He is now in a race against time as he bids to defend his Green Jacket at The Masters, a tournament he has won five times.

"This past year has been such an incredible journey and the support I've received from my family, friends and fans has been overwhelming," said Woods.

"This achievement is the ultimate recognition to never give up and keep chasing."

NEXT PAGE: RORY MCILROY COMPARES PLAYING PETE DYE COURSES TO LIKE "DRINKING BEER" AS A TEENAGER