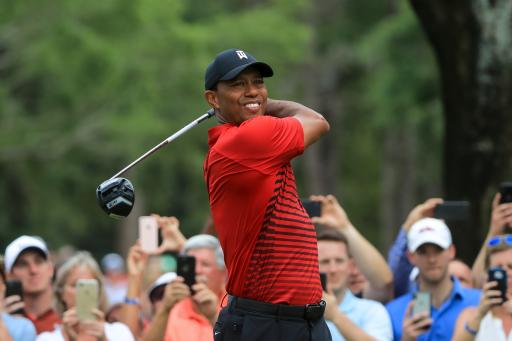 Tiger Woods’ rapid clubhead speed have many scratching their heads – including the 42-year-old.

The 14-time major champion recorded a clubhead speed of 129.2 mph at the Valspar Championship last week, the fastest on the PGA Tour this season.

Considering his age and the multitude of surgeries he has gone through, including spinal fusion in April, fans, players – heck, everyone – is shocked at the speeds he is producing.

So Tiger, what’s the secret?

“Dude, if I knew I’d tell you,” he smiled as he spoke ahead of the Arnold Palmer Invitational at Bay Hill.

He explained with a 43 inch shaft he was producing speeds around 126 mph, so a move to a longer, lighter graphite version has helped.

“I went through years where I just couldn’t get speed,” he said. “Now all of a sudden it’s just happening. We think amongst my inner circle that I was living in so much pain I didn’t know it and I was just going through that slide of just protecting, playing around it and I didn’t know why.”

Previous
No Laying Up Interview: 'entertain and inform - that's the motto'
Next
Garcia gives press conference from hospital room as wife goes into labour