Tiger Woods on OB drive at 16: "I bailed out and hit a bad shot"

Tiger Woods admits to not being able to commit on the 16th tee. 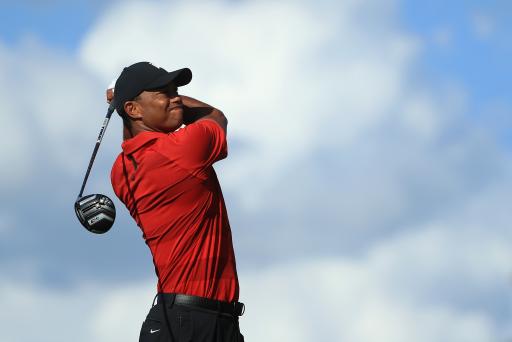 Tiger Woods was on the verge of joining Rory McIlroy out in front in the final round as he stood on statistically the easiest hole at Bay Hill, the par-5 16th.

Some 20 seconds later, Woods' chances of an 80th PGA Tour title and first since 2013 at the Arnold Palmer Invitational went sailing into a bush in someone's backyard.

Out of bounds and out the running, Woods went on to bogey both the 16th and 17th to fall back into a tie for fifth on 10-under, and eventually finished eight strokes behind a fast-finishing Rory McIlroy.

In Woods’ mind, he had three options: “fit” a driver left to right with the shape of the fairway, “bomb it over the top” of the dogleg or just hit a 3-wood “straight away.” He opted for the driver, but after missing right the first three days he sent his ball sailing left.

“I bailed out and hit a bad shot,” he added. “And that’s on me for not committing.”

Woods can take consolation from the fact he would not have won the title even with three consecutive birdies to the house, but he would have at least given the groups in front of him something to think about - and that frustrates him.

The 14-time major champion is now third favourite to the win The Masters next month, where he goes in search of a fifth Green Jacket and first major since the 2008 US Open.