Tiger copies Rory and gets himself an Erica, the former manager of his restaurant. 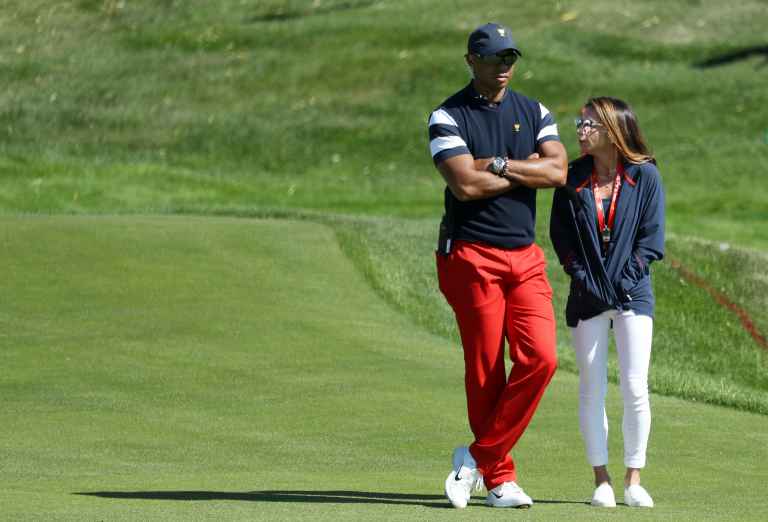 There might not be many clubs on the arm of Tiger Woods these days, but there's certainly a new lady by the looks of things.

According to reports, Woods, 41, who acted as one of United States captain Steve Stricker's assistant captains during the Americans 19-11 demolition of the Internationals at last week's Presidents Cup, was spotted cosying up to the former manager of his restaurant.

Woods was pictured being hugged by Erica Herman, 33, multiple times as the patriotic pair trudged around Liberty National.

We know Tiger was at work, but he could have looked a little happier alongside his new flame? It was a bit cold to be fair... 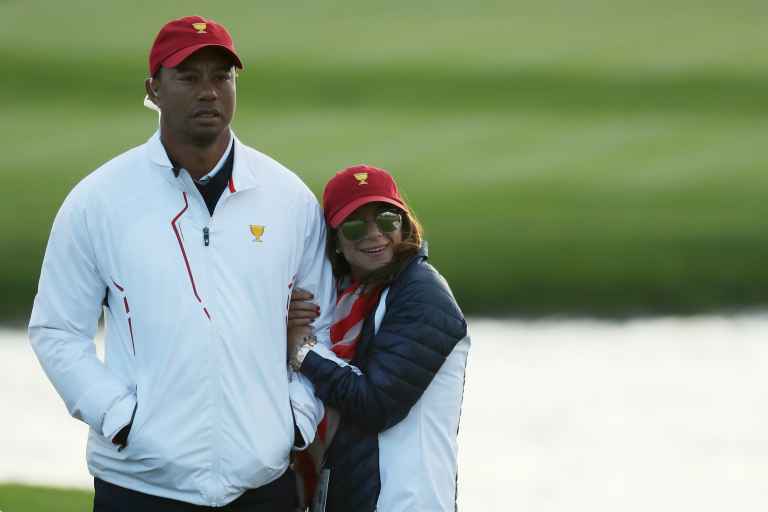