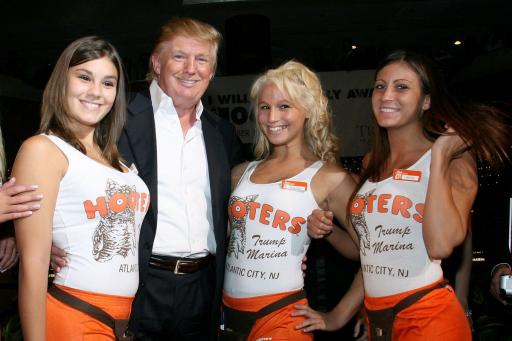 Donald Trump's golf resort in Doral, Florida is in hot water this week after revealing it will host a golf tournament put on by a Miami-area strip club.

The tournament will reportedly allow golfers to pay for a dancer to serve as their "caddy girl" while they play at the United States President's golf club.

The 'Shadow All Star Tournament' is organised by the Shadow Cabaret, a strip club in Hialeah, Florida.

"They deserve a VIP environment," said Mr Mancuso, who also added the caddies will wear pink miniskirts" and a "sexy white polo".

The Trump name and family crest are displayed prominently in the strip club's advertising materials, which offer golfers the "caddy girl of your choice."

Mancuso claims the golfers and the dancers will then return to another venue after the golf tournament to a cabaret, something he described as a "very tasteful" burlesque show that could involve nudity.

"They're going to be clothed the whole time at the golf course," he said. "At the venue is different."

The Trump Organisation has since confirmed the tournament is happening and said it was for "a worthwhile cause" - a children's charity in Miami.

Mr Trump still owns Doral – and all his other businesses – while in office, but he has given day-to-day control to his sons Don Jr. and Eric.

Doral used to stage a WGC golf tournament on the PGA Tour but was scrapped from the schedule in 2016.

It is reported that Trump bought the Doral golf resort for $150 million back in 2012.