What are the chances of THIS happening... 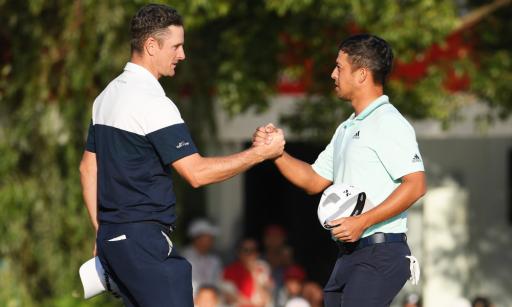 Justin Rose needed to hole his approach shot at the 18th hole to stand any chance of defending his WGC-HSBC Champions title, but instead he sent eventual winner Xander Schauffele's ball into the water, along with his own!

Watch the clip below...

What are the chances

Don't worry, @XSchauffele, you get to replace your ball! pic.twitter.com/IJwAX2th3V

Thankfully for Schauffele, under the rules of golf, the American was able to replace his ball where it was originally positioned. For Rose, however, it was tough luck and a one-stroke penalty.

Schauffele went on to make birdie to force a playoff with Tony Finau on 14-under, with Schauffele going on to claim the title with a birdie on the same hole in the playoff.

Rose, who was attempting to defend his title and move back to World No.1, went on to make bogey on the final hole but still finished in solo third on 10-under.