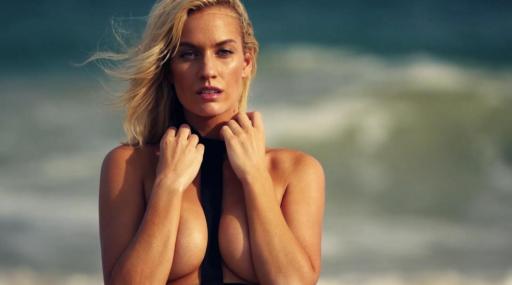 It's quite probably the best golf film in the world, and quite possibly the most unique run-up golf swing in the world.

In fact, we can't recall how many times we've been down a driving range and someone has said: "Can you do the Happy Gilmore swing?"

Social media sensation and lady pro golfer Paige Spiranac attempted it earlier this week, and she passed with flying colours.

Most requested video is always the Happy Gilmore swing. You ask and you shall receive....usually. Don’t ask for feet pictures, you shall never receive

Take me back to Kauai!

Want to play golf with me? That’s one of the many prizes in DreamGames with @18birdiesapp☺️ Here’s a way to better your chances! Earn 100 more entries to win a round of golf with me in the 18Birdies DreamGames sweeps! All you have to do is Follow these accounts @myrtlebeachgolf @troon @clubchampion @linksoul @18Birdiesapp @theputtskee plus tag 2 friends below to enter. 10 winners will be chosen!! #18BirdiesDreamGames #playwithpaige (Link in bio if you want more info!)

Can you do a Happy Gilmore golf swing better? We'd love to see, so send in your best attempts on our social media channels...

Paul Casey has backed the PGA Tour's new 36-hole cut size that will come into force for the 2019-20 season.

The PGA Tour's player advisory council and policy board voted in favour of reducing the halfway cut size from the top 70 players and ties to the top 65 players and ties starting next season.

Secondary 54-hole cuts will also be scrapped from tournaments, which were only used if there were 78 players or more who advanced after 36 holes of a tournament.

The adjusted cut line is the same size implemented by the Korn Ferry Tour and European Tour, and it's a move that has been backed by three-time PGA Tour winner Casey.

"It's a capitalist sport," said Casey ahead of this week's Wyndham Championship.

"You play well, you do well.

"I've been on both sides of it, and I still firmly believe you make your own success, so I'm a fan of it.

"This is the right thing to do. We have to protect the product. We have too many three-balls and two-tee starts on the weekend."