Shane Lowry's granny, Emily Scanlon, has won the heart of every golf fan after her brilliant interview with RTE. 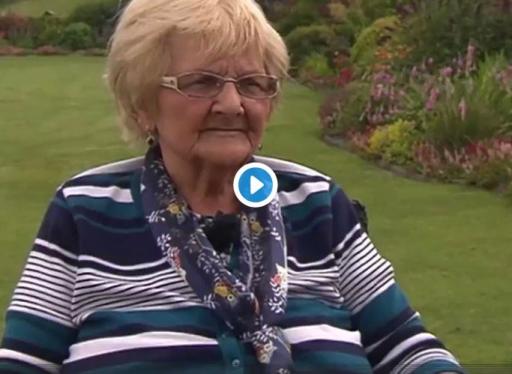 If you were watching the Open on Sunday, you could see how difficult it was for Shane Lowry's family to watch the drama unfold. Lowry's Dad looked a nervous wreck and his wife could barely keep still. It turns out they were't the only ones who found it difficult to watch...

On Monday, Shane Lowry's grandmother, Emily Scanlon, featured in an interview with the Irish news outlet RTE News, where she told of how difficult it was watching her grandson on Sunday afternoon, as he defied the odds to win his maiden major title.

Back in 2016, Lowry threw away a four-shot lead in the final round of the U.S Open, leading to victory for Dustin Johnson. I'm sure there was a sense of fear within the Lowry family, that he would once again let his grasp on a major title slip, especially when the Irish weather conditions were as difficult as they had been all week.

Lowry had a four shot lead over Tommy Fleetwood heading into Sunday's final round, which extended to six when Fleetwood struggled in the difficult weather conditions, but that didn't stop granny Scanlon from fearing the worst.

“Oh, terrible,” Scanlon said when she was asked about how hard it was watching her 32-year-old grandson. “Emotional now, it was. I hadn’t slept [on Saturday]. I hadn’t drank a brandy since 2009 and I drank two [on Sunday] — it’s nearly killing me.”

It seems the brandy was getting the best of Lowry's granny as she watched him become the 148th Open Champion, but she is now beaming with pride and joy, after seeing her grandson lift the Claret Jug.

“I am a very proud granny. Oh I am,” Scanlon said. “It’s great to live to see all this happening.”

Check out the interview from RTE below, as Lowry's grandmother also shares a very funny story about Tiger Woods.

This RTÉ interview with Shane Lowry’s granny will brighten your day pic.twitter.com/GxksFgFiQF