Woods expecting call from Serena Williams after Open near miss

'I'm sure she'll probably call me and talk to me about it because you've got to put things in perspective.' 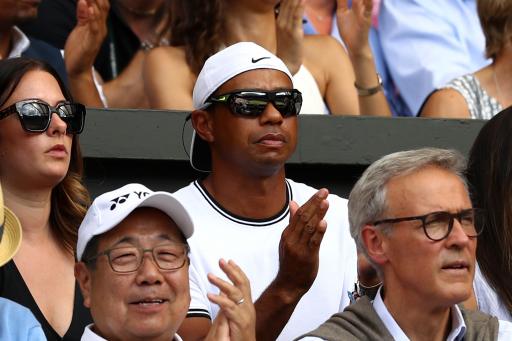 Tiger Woods is expecting a phone call from tennis star Serena Williams after he came close to winning his first major since 2008 at the Open last week.

The 14-time major champion led on the final day at Carnoustie but was unable to turn the screw down the stretch, with Francesco Molinari landing the championship.

Nonetheless, it was miraculous to see Woods, complete with fused back following surgery, contending in a major following a long stretch on the sidelines.

There are parallels with Williams who was beaten in the final at Wimbledon recently, having not played much after giving birth 10 months ago.

"Serena and I are good friends. I'm sure she'll probably call me and talk to me about it because you've got to put things in perspective," said the American.

"She just had a baby and lost the Wimbledon finals, so just keep it in perspective, and the same thing with me.

"I know that it's going to sting for a little bit here, but given where I was to where I'm at now, I'm blessed."

Woods’ T6 finish in Scotland saw him re-enter the world’s top 50, which will earn him invites to WGC events.