Social media superstar Paige Spiranac claims no amount of money would get her to work with Greg Norman and LIV Golf. 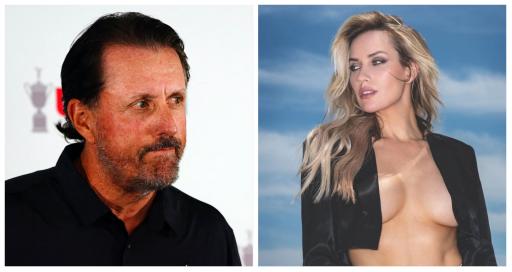 Golf social media superstar Paige Spiranac has claimed she would turn down "any" approach to be part of LIV Golf.

Spiranac, 29, recently joined the bunkered podcast, where she spoke on a number of topics including Phil Mickelson, Bryson DeChambeau and Dustin Johnson.

The golf world is currently braced for more departures from the PGA Tour to the Saudi-backed £255million series that is being spearheaded by Greg Norman.

Brooks Koepka is the latest name who has reportedly agreed to ditch the PGA Tour. He has dropped any reference to the established circuit on his social media profiles.

Curiously, he's also dropped any reference to Nike, his long-term sponsor. Collin Morikawa was rumoured to be another big name in the reckoning to be a LIV Golf player.

But he has since poured cold water on those suggestions.

"I wouldn't do it," she told the podcast of signing up with LIV Golf.

"A lot of people like, 'Bull****, you would do it for a certain amount of money' but I think about things and my career and, like, I wouldn't sign up for Only Fans because, morally, it just doesn't align with what I'm doing.

"I could sign up today and probably make millions and millions of dollars but, for me, it's not about money."

"I think if you're making a modest living for yourself, it is really enticing to maybe go over there and do it for a lot of money but are you going to be happy in five years?

"Money doesn't equate happiness. I know it's easy to say this when I'm financially stable but I could be totally fine not making any more money. That's never been my driving force."

Next page: Everything you need to know about the next LIV Golf event