Paige Spiranac gives her verdict after Greg Norman reveals Tiger Woods turned down in the region of $800 million to join LIV Golf. 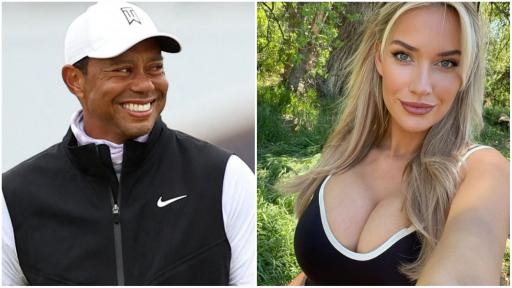 Paige Spiranac believes Tiger Woods turned down in the region of $800 million to join the Saudi-funded LIV Golf Invitational Series for a number of reasons, with one of them being he wants to become United States Ryder Cup captain one day.

Woods, 46, was reportedly approached by the LIV Golf Invitational Series even before Norman, 72, was announced as their chief executive late last year.

Related: Paige Spiranac slams the LIV Golf players who have filed an antitrust lawsuit against the PGA Tour

"That number was out there before I became CEO. So that number has been out there, yes," Norman told Fox News earlier this week.

"And, look, Tiger is a needle-mover and of course you have to look at the best of the best."

He added: "So they had originally approached Tiger before I became CEO. So, yes, that number was somewhere in that neighborhood."

Spiranac, speaking on Instagram as Points Bet ambassador earlier this week, considers Woods turned his nose away at big bucks with LIV Golf due to wanting to protect his PGA Tour legacy and also one day wanting to become Ryder Cup captain.

"That is ‘F you’ money. That is buy an island money. But Tiger was like, ‘You know what? No thank you'," said Spiranac.

"If that cheque, for $800 million, is in front of your face, I don’t care how good of a person you are, it’s going to be hard to turn down."

Woods was a winning captain of the 2019 US Presidents Cup team, and he was also a vice captain for Steve Stricker at the 2018 Ryder Cup.

Henrik Stenson was sacked as European Ryder Cup captain because he decided to move to LIV Golf, shortly before going on to win LIV Golf Bedminster on his tournament debut last week.

Luke Donald has since replaced him as captain for the biennial contest in Rome next September.

Spiranac revealed on the bunkered podcast earlier this year how she would have turned down any approach to work with LIV Golf.