A look at Brooks Koepka’s rollercoaster 2018 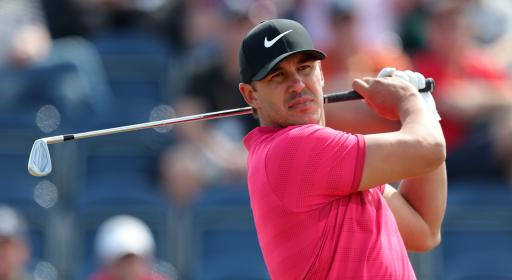 Brooks Koepka will officially be crowned the new world number one – the first time he has reached top spot – when the rankings are announced on Monday.

Press Association Sport looks at the ups and downs of the American’s remarkable year.

A wrist injury, having partially torn a tendon in January, was expected to keep him out for 10 weeks but dragged on and Koepka conceded defeat in his race to be fit for the first major of the year after rating himself at only 80 per cent ahead of Augusta.

Koepka became the first player to successfully defend his US Open title since Curtis Strange in 1989 with a nerveless display on the back nine at Shinnecock Hills which saw him hold off the challenge of Tommy Fleetwood, whose closing 63 equalled the lowest score in tournament history.

He carded a final-round 68, with a crucial birdie at the 16th, to finish one over par and just a shot ahead of the Englishman, with world number one Dustin Johnson a stroke further back.

Bunker difficulties at the Open were the beginning of his troubles as he ended seven shots off the pace on the first day and never recovered, with a third-round 75 giving him no chance as he eventually limped to a tie for 39th.

US PGA provides place among the greats

Holding off a thrilling challenge from a resurgent Tiger Woods, Koepka joined one of the most exclusive clubs in golf with a nerveless victory in the 100th US PGA.

A final-round 66 at Bellerive Country Club lifted him to 16 under par, two ahead of Woods, to join the 14-time major winner, Gene Sarazen, Ben Hogan and Jack Nicklaus as the only players to win the US Open and US PGA in the same season.

A stray tee shot from Koepka hit a female spectator in the face at the Ryder Cup at Le Golf National in Paris, shattering her eye socket, and if that was not bad enough Koepka was dragged into the fall-out following the United States’ defeat.

While the injured spectator is still considering legal action after reportedly losing sight in her injured eye, Koepka was involved in an altercation with team-mate Dustin Johnson – who he has now replaced as world number one – during Europe’s post-match celebrations. Koepka contributed one and a half points from the four matches he played at the Ryder Cup.

Top of the world

Koepka’s four-shot victory at the CJ Cup at Jeju Island in South Korea not only got the American’s PGA Tour 2019 schedule off to a winning start but also elevated him to world number one for the first time. In doing so he superseded Johnson in top spot.