"He needs to close out more wins": Paige Spiranac on Jordan Spieth's season

Paige Spiranac discussed if Jordan Spieth could be classed as the current best golfer in the world, based on his recent form on the PGA Tour. 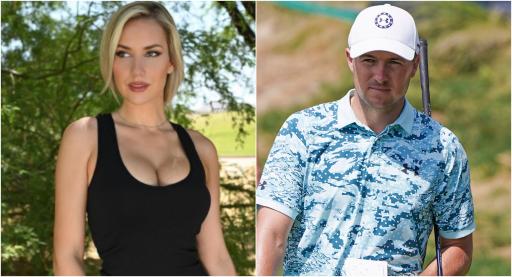 Popular social media influencer and golfer Paige Spiranac has said Jordan Spieth needs to win more tournaments if he is to be considered as the current best golfer in the world.

Spiranac was speaking on her podcast "Playing a Round with Paige Renee" with her guest Teddy Greenstein and they discussed whether Spieth could be classed as the best golfer in the world as of now.

Despite his recent good form, Spiranac believes that the Texan needs to turn his form into wins if he is to have this title.

"It is hard to say because Jordan is on an incredible run right now," said Spiranac.

"All of his top fives and top 10's and his finish at The Masters. He has been playing some incredible golf, but he has only won the Valero Texas Open, so he's been in this position over and over again.

"If you're going to call someone the best player on the PGA Tour right now, they should probably be closing out some more wins."

Spieth's win at the Valero Texas Open was his first victory on the PGA Tour since 2017, when he won the Open Championship at Royal Birkdale.

The 27-year-old only managed three top-10 finishes last year and started the 2021 season poorly too, but his form has been superb of late and he is one of the favourites to win the PGA Championship at Kiawah Island this week.

Spiranac also discussed who she thinks could win the season's second major, favouring the players who are able to hit the ball further.

"He (Spieth) doesn't particularly hit it that long," added Spiranac.

"He's not a short hitter but he's not one of the longest hitters, so you are probably going to have to look at some of the longer hitters at the PGA Championship."

The three-time major winner is set to tee it up on the Ocean Course with Will Zalatoris and Webb Simpson in the first round on Thursday.

NEXT PAGE: BRYSON DECHAMBEAU BELIEVES HE SAW UFO'S FROM HIS BACK YARD IN TEXAS