Paige Spiranac is fed up of the reasons players are giving for leaving the PGA Tour to join LIV Golf. 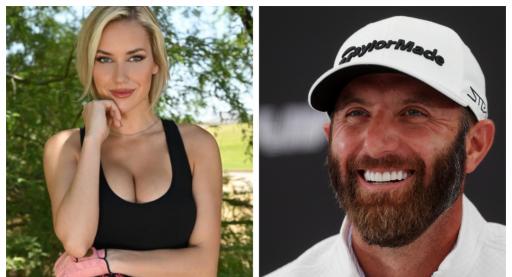 Paige Spiranac has blasted the likes of Phil Mickelson, Dustin Johnson and others for their reasonings for wanting to be a part of the controversial new Saudi-backed LIV Golf Invitational Series.

Johnson has accepted $125 million to take part in Greg Norman's new circuit, while Mickelson has been handed $200 million.

Mickelson is hoping to remain on the PGA Tour but Johnson has resigned his membership, joining Sergio Garcia, Louis Oosthuizen, Charl Schwartzel and Kevin Na in the process.

But judging by both Mickelson and Johnson's responses to wanting to take part in the LIV Golf Invitational Series, backed by Saudi Arabia's Public Investment Fund, and you would not think the money had anything to do with it.

Mickelson, who confirmed his participation in LIV Golf on Monday night, issued a lengthy apology and statement after returning to the spotlight after taking four months out of the sport.

Related: Here's everything you need to know about the LIV Golf Invitational Series

One of the lines that irked many critics of LIV Golf, especially Spiranac, was when Mickelson said: "I also love the progressive format and think it will be exciting for fans."

Even Johnson said during his LIV Golf press conference on Tuesday: "This is the first week and it's something exciting and something new and it's great for the game of golf and that's why I'm here."

Related: Paige Spiranac on her apparent beef with Phil Mickelson

There have been very similar comments from just about everyone teeing it up in the 48-man, three-round event at Centurion this week.

All this chat about "progression" and LIV Golf being "great for the game of golf" is not sitting well with Spiranac, who took aim at the players on Twitter.

It is all about the money, evidently.

"No one going to the LIV tour actually cares about the progression of the game. I wish they just said “because it’s a s*** ton of money.”

These elaborate statements are annoying. No one going to the LIV tour actually cares about the progression of the game. I wish they just said “because it’s a shit ton of money.”

Next Page: Dustin Johnson resigns from the PGA Tour to concentrate his efforts on LIV Golf