Paige Spiranac BURNS Bryson DeChambeau with tweet on The Masters

Bryson DeChambeau referred to Augusta National as a par 67 in November 2020, but the big hitter ended up coming tied 34th at the event. 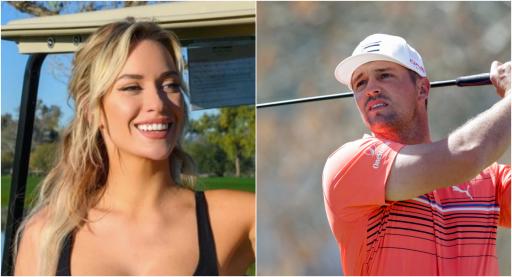 At the rescheduled Masters tournament in November 2020, DeChambeau explained that as he could reach each par-5 in two shots, the course would be playing significantly shorter for him.

"I'm looking at it as a par-67 for me because I can reach all the par-5s in two, no problem. If the conditions stay the way they are, that’s what I feel like par is for me," DeChambeau said 17 months ago.

"There is definitely a possibility I don’t play well, and I could shoot whatever every day and shoot a lot over par relative to my par and still play decent."

Unfortunately, the 28-year-old couldn't find his best game that week as he finished in a tie for 34th place, which arguably shows you need precision as well as the power to win the Green Jacket.

"Remember when Bryson called Augusta National a par 67. Good times," Spiranac tweeted on Tuesday. Perhaps the former US Open champion might change his approach next week.

The Masters has not been DeChambeau's happiest place since his debut appearance in 2016. He finished 21st that year which is his best finish at the event to date.

DeChambeau was eliminated from the WGC Match Play in the group stage last week, but he is back at the Valero Texas Open this week to continue his preparation for The Masters.

A wrist injury had kept him out since the Farmers Insurance Open in January, but his most recent posts on social media show us that he is gaining more strength in the injured area.