Bubba Watson takes to social media to show off his new iron covers - and it's not gone down well with most golfers! 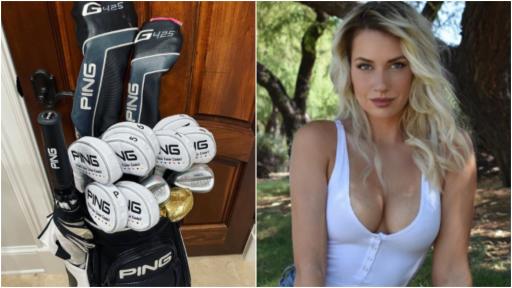 Now we are fairly certain Bubba Watson won't be using his new PING iron covers on the PGA Tour this season, but the two-time Masters champion certainly wanted to see what his social media following made of his new present from PING Japan today.

Watson took to his social media channels to show off his new PING bag, which not only featured new iron covers but also the brand's new PING G425 driver that GolfMagic tested out earlier this week.

The 12-time PGA Tour winner posted his photo with the caption: "Got some new #ironcovers in the #PING bag... what do y'all think? Yes... No... Maybe? Thanks @PINGGolf_Japan @PINGTour #PlayYourBest."

In case you're unaware about why we are even making a fuss about golf iron head covers, there's a certain stigma surrounding the topic that they should really be frowned upon for any golfer.

The BEST Golf Bags ON CLEARANCE SALE at Carls Golfland!
The BEST FootJoy Spikeless Golf Shoes for you to try before the Ryder Cup!

Social media sensation Paige Spiranac was clearly not a fan of them though, and she was quick to react to Watson's post by tweeting: "I wanted to be nicer in 2021 and today I’ve been tested with Bubba Watson showing off his iron covers."

Here's a look at what a number of golfers have been saying on social media following Watson's post. It's fair to say the majority of golfers are in agreement with Spiranac's comments:

"Seriously though, I thought it was universally known that iron covers are ridiculously stupid."

"I’ve got iron covers too, Paige. Don’t break my heart on this one."

"What bet did you lose, Bubba?"

"Bubba, it's still not too late to delete this post."

"Seems like more of a Patrick Reed thing to do."

"Yes Bubba! Love those! Where do I get them?"

"Nice bag, but I see eight items that I would lose in the first couple of rounds."

Equipment news
Ping unveil men's performance apparel collection for Autumn and Winter
Golf news
Cobra Puma athlete Jack South SHOOTS 59 to win PGA EuroPro Motorcaddy Masters
Equipment news
£50 vs £150 | Budget vs Premium Golf Wedge Test! What are the MAIN DIFFERENCES?
Golf news
Rules of Golf: Did YOU know this about using different clubs on the green?
Golf news
Are you entitled to relief if your ball is in a hole NOT CREATED by animals?