Paige Spiranac admits she will be getting custom fit for the new TaylorMade Stealth Driver as played by Tiger Woods. 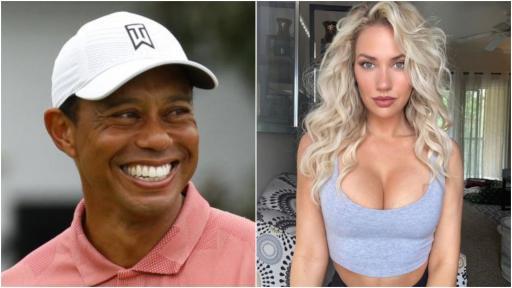 Paige Spiranac has revealed she will be getting custom fit for the brand new TaylorMade Stealth Driver, as also played by Tiger Woods and Rory McIlroy on the PGA Tour.

Spiranac is a social media sensation with more followers than any other indiviual golfer, highlighted by a whopping 3.2 million followers on Instagram.

The new Shot Scope ambassador took to her Instagram Story this evening to reveal she had received the new TaylorMade Stealth Driver in a boxed package from Tyler Moore.

Spiranac's Stealth package featured the new red-faced driver itself with a paint brush and pot that read: "Every journey begins at a starting line... sometimes you have to paint that line yourself."

The key concept behind the new Stealth drivers from TaylorMade is the switch to carbonwood.

Spiranac also posted a photo on her story where she asked her followers if they liked the red face on the Stealth driver.

According to her poll, 65% of her followers were in favour of it.

"Can't wait to get this new baby dialed in at Club Champion," wrote Spiranac on her post.

Club Champion is a club fitter where Spiranac gets all her clubs built to her specs.

Engineers have designed a 26g face, which is 40% lighter than a titanium face of the same size.

The face size of Stealth is 11% larger than the SIM2 and SIM2 Max drivers.

RELATED: RORY MCILROY ADMITS THE TAYLORMADE STEALTH DRIVER WILL BE IN HIS BAG ALL SEASON

Tiger Woods used the new Stealth Plus Driver at the PNC Championshp at the end of 2021 when he finished second alongside his son Charlie Woods.

It remains to be seen when Woods Snr will return to action, but his close friend and former multiple PGA Tour winner John Cook does not believe we will see him again until the 2022 PNC Championship in December.

RELATED: HERE'S ALL YOU NEED TO KNOW ABOUT THE NEW TAYLORMADE STEALTH DRIVERS FOR 2022