Spiranac believes there is no longer a spark ahead of the Bryson DeChambeau, Brooks Koepka match on Friday night. 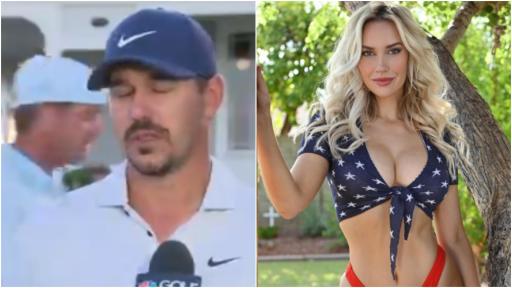 Paige Spiranac has revealed she has little interest in watching the Bryson DeChambeau vs Brooks Koepka 12-hole Match on Friday night.

Spiranac, the social media sensation with more Instagram followers than Tiger Woods, admits she would rather go to sleep than watch the fifth edition of The Match.

DeChambeau and Koepka may have been locked in something of a war of words the past couple of seasons on the PGA Tour, but the pair appeared to settle their dispute during USA's record-breaking Ryder Cup victory over Europe at the end of September.

As a result, the latest Match set for Las Vegas this Friday night is something of a turn off in the eyes of Spiranac.

"So here's the thing, they already made up at the Ryder Cup. Why are they doing this match now? They don't hate each other. There has been no back and forth, and honestly, I'm not looking forward to it at all.

"We've seen it before, it's been done before, I want to see something different and fresh, and they should mix it up.

NEXT PAGE: BROOKS KOEPKA VS BRYSON DECHAMBEAU - HOW TO WATCH, ODDS, BETTING TIPS