Paige Spiranac invited golf analyst Amanda Rose to her podcast last week, however, a sexist comment was aimed at them on social media. 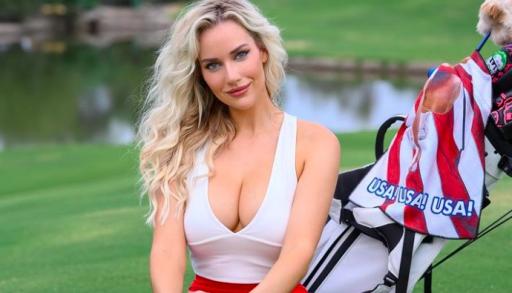 Paige Spiranac has received criticism in the past about the nature of her content on social media, but unfortunately, she has been on the end of sexist abuse in recent days.

Spiranac invited golf analyst Amanda Rose on to her podcast 'Playing a Round with Paige' and she is now the new co-host of the popular show.

The pair discussed a number of different topics including Greg Norman and the Saudi golf league, but one golf fan posted an extremely offensive comment on one of Paige's social media pages.

"Listening to women talk about golf... don't suit your day job, playing golf in your swimsuit," was the comment posted by an account called 'sirbartleydenny2'.

Spiranac addressed the comment with a tweet about her and Rose's elite golf ability: So @AmandaGolf59 and I can both shoot in the 70s and take thirst traps. Multi-talented women if you ask me," Spiranac posted.

So @AmandaGolf59 and I can both shoot in the 70s and take thirst traps. Multi talented women if you ask meSubscribe to the podcast to show some women in golf some love-https://t.co/a5BcZmkzZK pic.twitter.com/xO6nfTs7zQ

In this most recent episode, Spiranac and Rose tore into Norman for his involvement in the Saudi golf league and his partnership with the Saudi Arabian government.

The duo also passed comments on the new 'Shark' documentary and they jokingly criticised the two-time major champion's previous participation in nude photoshoots.

"No, no and that's coming from someone... I openly flaunt everything on Instagram but I'm not gonna be doing that when I'm 65," Spiranac said.

"Who took that picture? Are they going to talk about that on the doc?"

Spiranac is a former professional golfer who is more than qualified to discuss recent topics on the PGA Tour. She is also one of the most popular golfers on social media.