Paige Spiranac wants Tiger Woods to play at The Masters: "Who cares about Phil?"

Paige Spiranac doesn't care if Phil Mickelson is playing at The Masters in April, but she wants to know if Tiger Woods will participate. 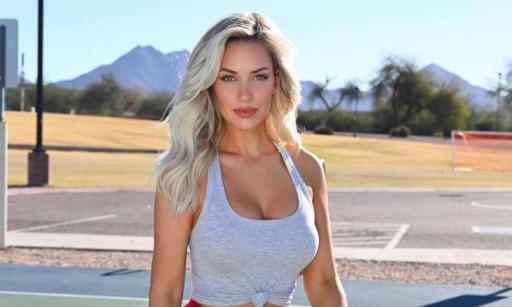 Paige Spiranac posted on Twitter to make it clear she doesn't care if Phil Mickelson is at The Masters or not, and only cares if Tiger Woods will be participating.

Some time ago, Mickelson blocked Spiranac on Twitter for no reason that Spiranac is aware of. This is the assumed motivation behind her tweet which she posted in the early hours of the morning.

Related: The biggest indication yet that Tiger Woods will play in The Masters

It was announced on Tuesday that Mickelson would not be competing at The Masters for the first time in 28 years as he continues his time away from the PGA Tour.

After this was announced, Spiranac was quick to pass comment and express her opinion on the matter. It was a very strong opinion too.

"Who cares about Phil. I need to know if Tiger is playing The Masters," Spiranac tweeted early on Tuesday morning.

Related: Phil Mickelson WILL NOT play at 86th Masters at Augusta National

Who cares about Phil. I need to know if Tiger is playing the masters

Mickelson, who is a three-time winner of The Masters, has made his stance clear, whereas Woods has not confirmed if he is playing at Augusta National or not.

At the Genesis Invitational in February, an event that Woods co-hosted, he said in the commentary booth that he will attend the Champions Dinner ahead of the event.

The 15-time major champion gave an ambiguous answer as to whether he could play in the famous par-3 contest on the Wednesday before the tournament.

If he was to play in this 'hit n' giggle' event, you would assume he would play with his son Charlie and close friend Justin Thomas.

This is all speculation, however, what isn't speculation is Spiranac's opinion on the situation. Like many of us, she wants to know if the 46-year-old is teeing it up this year.

Next Page: Tiger Woods course redesign in jeopardy due to environmental issues