PointsBet, who partners with Paige Spiranac, is refunding ALL pre-tournament outright winner wagers on all other golfers in Free Bets! 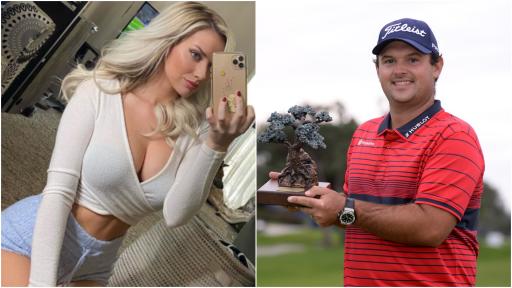 With numerous golf fans, golf journalists and even Tour professionals irate with Reed's "embedded" ball ruling on the 10th hole during round three, PointsBet decided to take things into their own hands by bringing back its 'Karma Kommittee' to aid bettors who had not backed Reed for the win at Torrey Pines. Paige explains more in the video below:

The Karma Kommitte has returned, and @PaigeSpiranac is here to break this Patrick Reed edition down: pic.twitter.com/fkQqB4f9TF

A large number of golf fans considered Reed had tried to gain advantage by picking up his ball in the rough before a PGA Tour Rules Official had even come over to look to see if his ball was embedded, or had "broken the plane" as the American later revealed.

Despite the majority against Reed's actions, GolfMagic caught up with PGA Referee Ashley Weller on Monday morning and he told us that Reed "should not be criticised for any action at all" - CLICK HERE to read our exclusive interview.

While PointsBet may have done their best to appease a large number of golf fans out there, Spiranac has tweeted her approval of Reed in the game of golf.

"I will say Patrick Reed makes for some entertaining golf and I don't hate that," tweeted Spiranac, who later added: "Give me Bryson [De Chambeau], Reed and Brooks [Koepka] s*** talking all day long. Hate them or love them, it's good for golf."

Spiranac recently partnered with PointsBet and is currently offering a competition where three golfers can win the chance to play a round with her - CLICK HERE to learn more.

"All you need to do is FOLLOW PointsBet! That’s it! Deadline is February 7th.

"I’m so excited to be joining Pointsbet and be on the lookout for all of the sports betting content coming soon!"