TaylorMade 300 MINI DRIVER Review! Can this club replace your driver?

"Not only does the TaylorMade 300 Series Mini Driver perform well, but the nostalgic and retro look is so satisfying and will no doubt prove to be very popular." 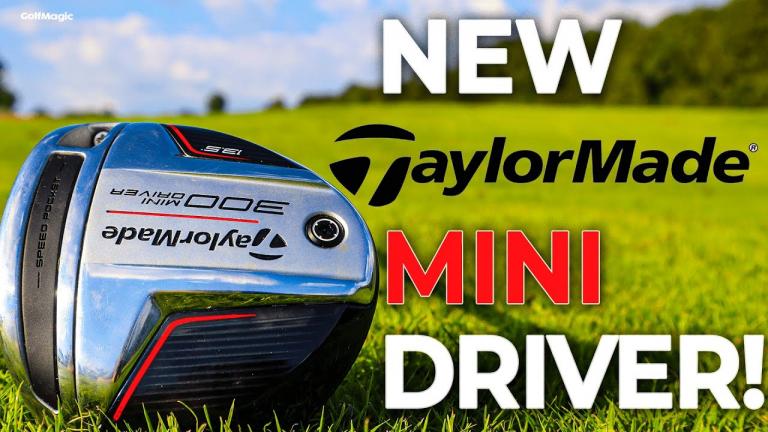 Alex from GolfMagic takes the new and exciting TaylorMade 300 Series Mini Driver to Mannings Heath Golf and Wine Estate to see how it performed.

This release has been in the TaylorMade pipeline for some time and now that it has been launched, golfers can take advantage of this versatile and forgiving addition to their bag.

The Mini Driver pays homage to the integrity and heritage of TaylorMade's club design as it has a nostalgic and sleek finish that reminds golfers of years gone by.

The original 300 Series Driver was released in the early 2000's and it was extremely popular back then. This re-launch is very exciting and it gives golfers the opportunity to add a high performing, long club to their golf bag.

When the release of the Mini Driver was announced, golfers were promised high launch and low spin and Alex can confirm that this is very much the case.

A massive advantage and positive aspect of this Mini Driver is the forgiveness that it provides. Unless you are very wayward with your long game, this club will deliver straight and consistent tee shots.

As a result of the technology used to re-launch the 300 Series Mini Driver, the club gives you a very high ball flight but also, increased distance.

You could argue that due to the forgiveness that this club offers, it is more reliable and easier to hit than the TaylorMade SIM2 driver.

The Mini Driver appeals to golfers because they are versatile and with this club going up to 13.5 degrees in loft, you can hit this driver off the deck and expect good results.

The deep face is crucial to the 300 Series Mini Driver because this is a feature that improves the forgiveness and delivers the high launch.

Of all the reviews that Alex has done, this is the one where he had the most fun hitting the ball and taking the club out on to the golf course at Mannings Heath Golf and Wine Estate.

Not only does the TaylorMade 300 Series Mini Driver perform well, but the nostalgic and retro look is so satisfying and will no doubt prove to be very popular.

The club delivers the results that you want when you pay £369 for a driver, especially as its versatility allows you to hit the club from off the ground with ease.

It is hard to hit this club offline and it performs arguably better than any club that Alex from GolfMagic has reviewed in the past.