Jason Day changes caddie and irons ahead of The Masters

Australian calls the changes in a bid to win his first Masters title.

Jason Day is being hotly tipped to land a first Masters title this week, but the 2015 US PGA champion will look to do it with a new caddie and a new set of irons in the bag.

Day, who ended a 20-month winless run at the Farmers Insurance Open at the end of January this year, is making his eighth start in the Masters where he has a solid record of six top-30 finishes including a runner-up in 2011 and third in 2013.

Despite recording an impressive run of 13 consecutive top-30 finishes in strokeplay tournaments since August, the former world number one is ringing the changes ahead of the season's first major and calling in his longtime friend Rika Batibasaga on his bag. 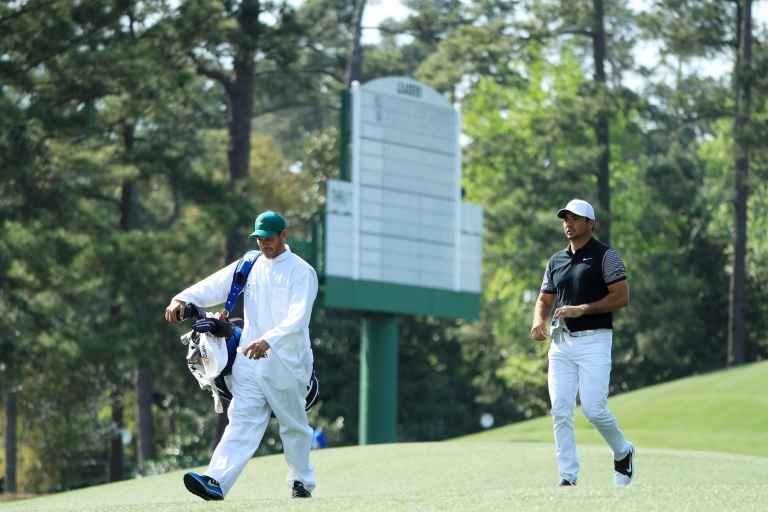 And the omens would appear to look good for Day this week, given Rika was on his bag for his victory at Torrey Pines and also his runner-up finish at Pebble Beach in his following start.

"Hopefully that will make things a little bit lighter out there for me and a little bit more fun for me," said Day.

"Over the last few years it’s been a grind trying to get that win, because a lot of people have come up to me and said, ‘This is your year. You’re going to win one.’ And that can add a little bit more pressure.

"Hopefully we can make things a little less stressful and go out there and have fun."

Day has also been unhappy with his ball striking of late following finishes of tied 22nd at Bay Hill and then being knocked out of the group stages at the WGC Match Play.

As a result, the 11-time PGA Tour winner is sticking a new set of TaylorMade irons in his bag, switching from the company's P750 to the P730 in a bid to improve on a current ranking of 106th in 'greens hit' and 183rd in 'strokes gained: approach the green'.

“Hopefully with this current change that will slowly bring everything in, and give myself a few more opportunities on the greens," said Day.

Day is a best price 20/1 to win the green jacket this week.