Patrick Reed wins the Masters... so is he now a Top 5 player?

Four years ago Reed said "I'm a top five player" - does he now have a point after winning the Masters? 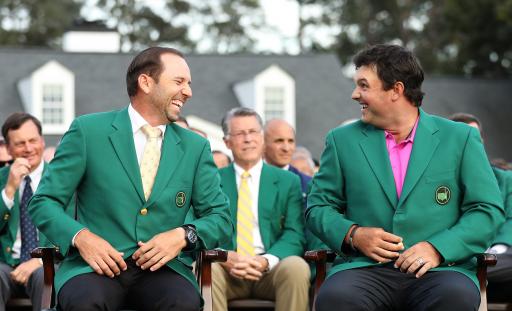 Patrick Reed couldn't wait to tell the world what he thought of himself when he strode off the 18th green after sealing his third PGA Tour win at the 2014 WGC-Cadillac Championship.

"It's just one of those things, I believe in myself - especially with how hard I've worked - I'm on of the top five players in the world," said Reed, after narrowly clipping Bubba Watson and Jamie Donaldson by a stroke at Donald Trump's Doral course.

Fast forward four years, and Reed is no longer just remembered for that statement as he stands proud with six Tour titles, an impressive 6-2-1 Ryder Cup record and a green jacket to his name. But does all that offer vindication for top-five worthiness?

RELATED: REED HEADS TO NBA WITH CELEBS IN GREEN JACKET

Late Sunday, while wearing the green jacket, Reed was asked if he ever regretted being so brash that day in South Florida that day. It’s no surprise that he doubled down.

"I don’t ever regret anything I really say," said Reed.

"I stand by my comments. I feel like I’ve played some golf that I need to play in order to get to where I want to be, and that's to be the best golfer in the world.

Two standings where Reed is now a top-five player, however, are the European Tour's Race to Dubai and the 2018 United States Ryder Cup Points List - both of which he now leads.

Reed is now assured of an automatic place in Jim Furyk's side at Le Golf National, Paris, this September, providing he stays fit. The top eight players after the US PGA in Augusta will automatically qualify for Jim Furyk's side in the biennial clash against Europe.

Here's how the US team is currently shaping up:

NEXT PAGE: SPIETH SAYS "I DIDN'T LOOK AT A SINGLE BOARD!"