Paige Spiranac on Bryson DeChambeau: "It makes me sick, I might throw up"

Spiranac tips DeChambeau to successfully defend the US Open, but it pains her to say it... 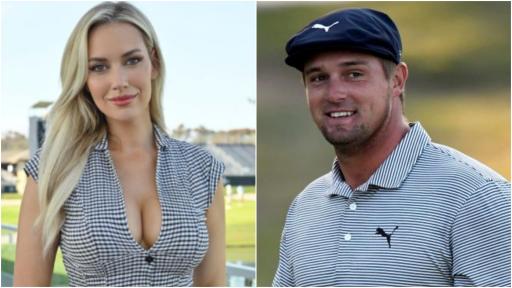 Paige Spiranac believes Bryson DeChambeau will successfully defend his US Open title at Torrey Pines this week, although the thought of the 'Mad Scientist' winning the tournament makes her feel physically sick.

Speaking on The Range as resident golf tipster for PointsBet Sportsbook, the social media sensation with 3.1 million Instagram followers, through gritted teeth, admits she cannot see past the PGA Tour's biggest hitter this week.

"Bryson is my pick," said Spiranac, who it's fair to say is not Bryson's biggest fan.

"It makes me sick, like I might throw up. It pains me to say this: my outright pick is going to be Bryson DeChambeau."

Torrey Pines - just as the case was in the recent PGA Championship at Kiawah Island won by Phil Mickelson - is going to play one of the longest tests in US Open history at 7,652 yards.

In the eyes of Spiranac, that will play into the hands of DeChambeau, who averages a monstrous 322.7 yards off the tee on the PGA Tour so far this season.

"You heard it here first," said Spiranac. "Bryson DeChambeau is going to win the US Open at Torrey Pines because it favors bombers and Bryson is a bomber.

"You need to hit it long and straight and he does both of those things. I think it's going to give a really big advantage when he's coming into the greens with a shorter iron."

Erin Hills, host of the 2017 US Open, holds the top four spots among the longest courses in US Open history, with the Wisconsion layout playing 7,845 yards in the first round that year.

When Tiger Woods won the US Open at Torrey Pines in 2008, the course measure 7,603 yards in the second round - and that ranked as the seventh longest US Open setup of all time.

NEXT PAGE: WHAT DRIVERS DO THE BIGGEST HITTERS ON THE PGA TOUR CURRENTLY USE?