Paige Spiranac on Phil Mickelson exile from PGA Tour: "The backlash is crazy!"

Paige Spiranac was surprised that Phil Mickelson is still receiving criticism for his actions behind the scenes with Saudi Arabia and the LIV Golf Invitational Series. 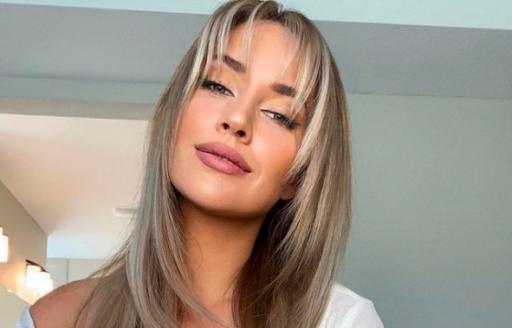 Paige Spiranac described the constant backlash that Phil Mickelson has received for attempting to work with the LIV Golf Invitational Series as "crazy."

Speaking with Amanda Rose on her podcast 'Playing a Round with Paige Renee', Spiranac also described Greg Norman as being "problematic" as he has recently fielded questions on the atrocities of Saudi Arabia as the CEO of LIV Golf Investments.

Mickelson, who won the PGA Championship in 2021 to become the sport's oldest ever major winner, decided not to play at Southern Hills this week. He hasn't played on the PGA Tour since January.

"The PGA of America put out a statement saying we would love for him to participate, we welcome him in. That made me think that they did want him there," said Spiranac.

"I don't know who said 'don't play'. I saw the Matt Ginella post that he was shooting high 70s at The Farms in Rancho Santa Fe. We used to play that course as it used to be our home course and it can eat you up, but I also shot 63 on that course.

"At this point, it's still a bit crazy about the backlash that he got. I know it wasn't great but this was continuing for a very long time and then you've got Greg Norman who has actually been very problematic.

"He's still skating by and it's just a little bit weird. I do wonder when Phil is going to come back and when he's going to play."

On May 13, the PGA of America posted on Twitter: "We have just been informed that Phil Mickelson has withdrawn from the PGA Championship. Phil is the defending champion and currently eligible to be a PGA Life Member and we would have welcomed him to participate.

"We wish Phil and Amy the very best and look forward to his return to golf."

Seth Waugh, the CEO of the PGA of America, revealed he spoke to Mickelson prior to his withdrawal and explained he wanted the week in Tulsa to be about golf and not a circus.

Rose questioned whether the PGA of America wanted the 51-year-old to play and whether Mickelson would be able to put up a solid defence of his sixth major title.

"I wonder if it's a combo of Phil not wanting to go out and shoot 80 in two days and also, the PGA of America saying they don't want to be the first ones to have you back," said Rose.

"I don't think the PGA of America wanted him to come back. I think it was one of those things where they said 'we'll put out a nice statement about you, we'll say nice things about you, but don't show up'.