Spectacular Ulster hidden gem on the map at last 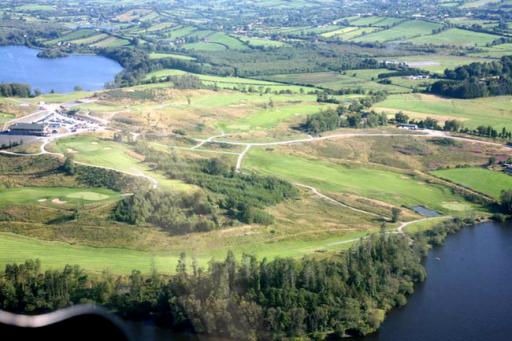 The spectacular Concra Wood golf course near the Ulster border town of Castleblayney is ready to roll out the red carpet for some of the brightest golfing talent in Europe - by staging a PGA Europro Tour event between July 9 and 13.

Designed in a joint venture by Irish golfing legends Christy O’Connor Snr and his nephew Christy Jr, the course was opened in July 2008 and has quickly gained a strong reputation with its peninsular location overlooking Lough Muckno - close to the N2 and just one hour from both Belfast and Dublin.

The PGA Europro Tour is a partnership between the Professional Golfers’ Association and Matchroom Sport and is recognised as the UK’s leading golf developmental Tour with players of the calibre of Louis Oosthuizen, Ross Fisher, Marc Warren and Richard Finch having competed on it.

More than 160 players will compete in the three-day tournament, preceded by a pro-am. All events are televised on Sky.

Ever had the delight of playing Concra Wood?

Golf news
'Absolute morons': Vandals DESTROY fairways at popular golf course in Scotland
Golf news
Are you entitled to relief if your ball is in a hole NOT CREATED by animals?
Golf news
WATCH: Would you peg it up with this WILD CHEETAH on the tee box?
Golf news
INSPIRATIONAL 103-year-old woman hits balls on driving range
Golf news
Bear runs at golfer then climbs tree at golf course in British Columbia