Brooks Koepka: in the bag

Koepka's US PGA Championship win means all major champions in 2018 are free agents. 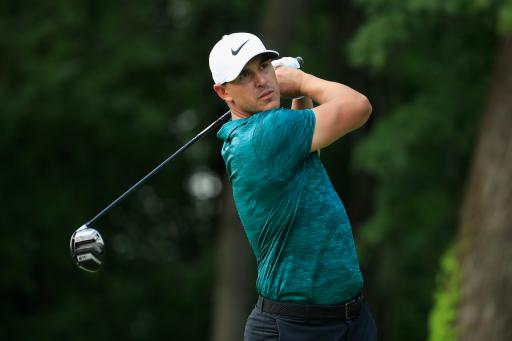 With Brooks Koepka winning the US PGA Championship – his second major triumph this year after picking up the US Open – the books will record all major champions in 2018 as being free agents.

A nod to his former employer comes in the Nike Vapor Fly Pro three iron, while he trusts Titleist in the short game department, with their new SM7 wedge and Scotty Cameron Tour Only T10 Newort 2 finishing off the bag.

Best Drivers of 2022 featuring Callaway, Cobra and TaylorMade
NEW Galvin Green collection puts Pink in the spotlight
brooks koepka
in the bag
2018
PGA Championship
Previous
WATCH: Tiger strolls into US PGA final day with shades on and cap back
Next
Koepka didn't hear roars, but admits Tiger 'pushed him'